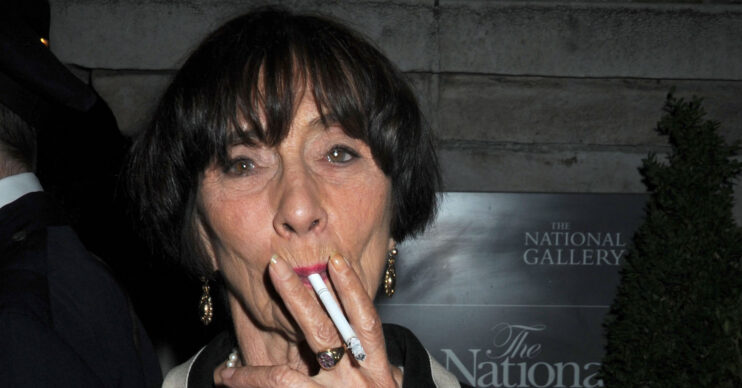 EastEnders star June Brown has been ordered to keep smoking over fears giving up after 70 years would cause her to keel over through shock.

Now her on-screen son and close friend John Altman has revealed doctors have told her not to try to quit.

He told The Sun: “She is still smoking, unfortunately, but the doctors have told her not to stop now. She loves her ciggies. She smokes at least 10 a day.”

Soap star June shocked fans earlier this year when she announced she had quit EastEnders.

Speaking on a podcast, June read out a self-penned poem announcing her decision to leave Dot behind.

“I’ve sent her off to Ireland where she’ll stay, I’ve left EastEnders. I did make up a limerick. It’s a bit dirty.

“I went back to do a good story. Alas and alack, when I got back it had gone up in smoke. I got a small part, a very small part.

John later revealed June had quit over her disappointment with storylines.

He recently exclusively told ED!: “In all honesty, I think June wouldn’t mind me saying, she wasn’t happy with the storylines.

“She wasn’t doing enough and that was about it really. She wasn’t happy with the storylines – no other reason.”

“She wasn’t pleased with the recasting of Dotty but that wasn’t the reason she left,” he said.

“I wish people would get it right sometimes. It’s highly irritating.

“She wasn’t pleased and nor was I because the former actress, Molly Conlin, was quite capable of playing that part. She’s a lovely looking girl as well.

“I’ve no idea on God’s earth why they recast it. I’ve no idea what goes on in their brains up there sometimes. She’s done very well the new actress [Milly Zero], but why do it? ”

“It’s recast mania up there. So many actors have changed and they never look the same,” he added.