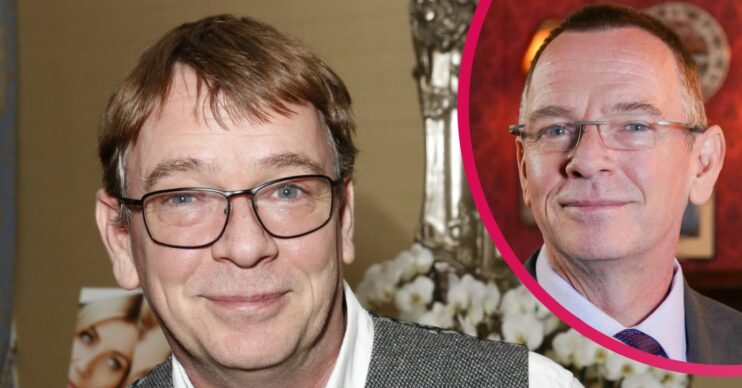 The actor is in discussions for a record salary

EastEnders legend Adam Woodyatt is reportedly in big money talks to return to the soap.

The Ian Beale actor is said to be being “lured with a £300,000 deal” to return as the Walford businessman.

And part of the cash will go to his estranged wife as they hash out a divorce settlement.

However, he is believed to be paying interim financial payments after Bev was left surviving on food parcels from friends.

A source told The Sun: “Adam was one of the highest earners in EastEnders and there’s no doubt he’d be looking to come back on at least the same amount of money, if not more.

“They’re hugely keen to get him back after the massive blow of losing Danny [Dyer]. The belief is that if he signs it now it will mean he has to give Bev more in their divorce settlement.

“But clearly the bosses at EastEnders need to know what’s happening.”

However, a BBC spokeswoman said: “Any contract talks are pure speculation.”

It comes after Adam was revealed to have fallen for a BBC makeup artist.

He has been living in a motorhome during his countrywide stage tour.

However The Sun claims he has been entertaining makeup artist Clare Martignetti in it.

A caravan owner on the site where Adam is parked up in Dartford, Kent, told the newspaper: “Whatever the cause of his marriage break-up, Adam certainly seems to have moved on now.

“He has been staying in his caravan with his new partner. She has been seen going in, and coming out the next morning, heading to the shower blocks.”

The makeup artist has been ferrying Adam to the local theatre from the campsite.