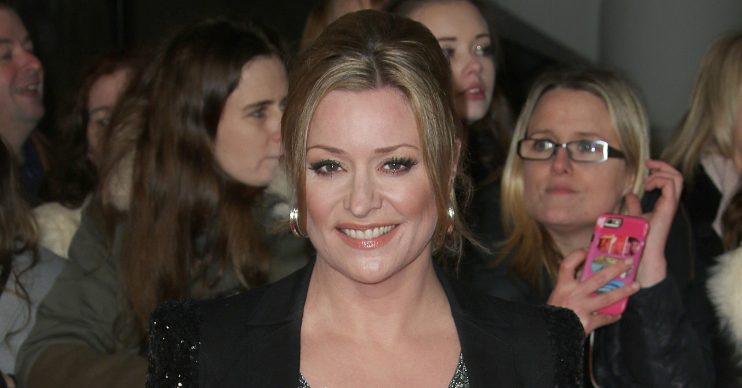 She tied the knot with Dennis Longman last year

The actress tied the knot with husband Dennis Longman last February in a low-key ceremony in London.

To mark the first year of marriage, Laurie shared a stunning wedding photo to social media.

Read more: Former EastEnders star Laurie Brett says she has ‘no plans’ to return to soap

The picture shows Laurie in her stunning gown as she and Dennis posed alongside a red bus which read: “Dennis and Laurie one life!”

Fans congratulated the couple with one person writing: “Happy anniversary to you both! Have a fabulous day.”

Another said: “Happy anniversary have a lovely day!”

Laurie made her debut on EastEnders as long-suffering Jane in 2004 before taking a break from the soap in 2012.

Returning in 2014, Laurie stayed on for another three years before her second exit in 2017.

The star,  who has eight-year-old daughter Erin, recently admitted she has no plans on returning to the soap, however.

Speaking to the Sunday People newspaper, Laurie said: “It’s the hardest gig on telly. It’s just relentless and I couldn’t believe just how knackered I was when I left.

“But you know what happened? I left there, I had a rest, I fell in love, I got married, I had a life! I had the most brilliant time there and I have friends there but I’ve got no plans to go back.”

She added that the “door’s open and it’s a never-say-never scenario” but she’s “just really enjoying exploring other stuff at the moment”.