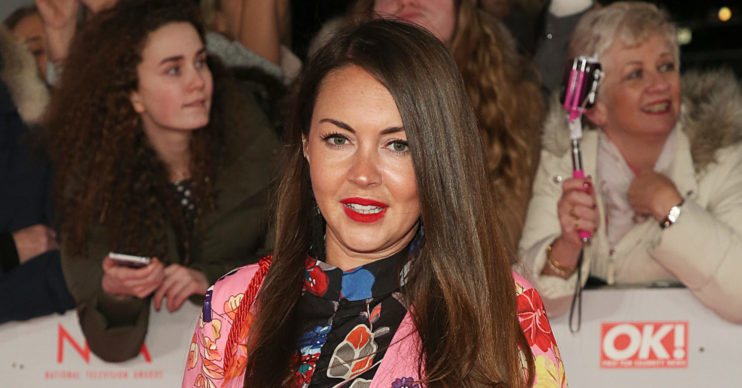 EastEnders star Lacey Turner has been left shocked after there was a backlash at her second pregnancy announcement.

The actress is set to welcome her second baby next year but some fans were less than happy with the news she will be taking maternity leave.

Lacey welcomed her daughter Dusty last year and took a year off from the soap.

It was recently confirmed she would be taking another break, before Lacey revealed her pregnancy.

However the star was taken aback by the backlash she received.

“I had no idea until watching your programme, so I had a little look after I found that out and I was sort of in shock, really,” she said on Loose Women.

“I was surprised that people – I was trying to figure out why people were so angry.

“I’m not quite sure what they’re angry about.”

Bosses are said to be planning a dramatic storyline for Lacey’s exit next year.

A source told The Daily Star: “Lacey will be taking a break. The top bosses agreed to give her some time off from the show.

“This is a great opportunity for the writers to come up with something big for Lacey to get her teeth into.

“She has always been a big hit with fans. There is no doubt they will really miss her while she’s off screen.”

Lacey isn’t the only upcoming exit from the soap with three other actors announced to be leaving.

Actor Amar Adatia has bowed out as Jags Panesar after a year in the soap, while stars Jake Wood and Davood Ghadami will also be leaving as Max Branning and Kush Kazemi.

It was also recently revealed how Adam Woodyatt would be taking a 10 week break from playing Ian Beale.