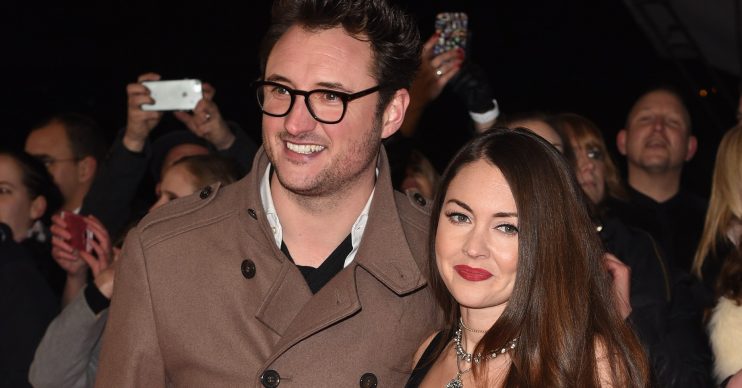 Stacey became a mum for the first time in July

The actress shared a couple of snaps to her Instagram Stories at the weekend showing Dusty and James’ seven-month-old little boy Hugo meeting for the first time.

Lacey, who welcomed her daughter in July, and James met up on Saturday for a catch-up and brought their babies along.

Read more: Lacey Turner looks back on ‘best summer ever’ with daughter Dusty

One photo shows Hugo, wearing denim dungarees and a yellow top, beaming as he was introduced to Dusty, who looked super cute in a pink outfit and yellow headband.

The post included a sticker, which read: “Did we just become best friends?”

Another picture showed Lacey, who plays James’ on-screen wife Stacey Fowler in the soap, and James – who plays Martin Fowler – sitting alongside each other with their babies.

James welcomed his son Hugo in February this year with his wife Victoria.

Lacey is currently on maternity leave after welcoming her baby daughter over the summer with her husband Matt Kay.

In July, Lacey, 31, showed her little girl off in a photo shoot with OK! Magazine and revealed her unusual name: Dusty Violet Kay.

Lacey told the publication: “Dusty’s our little miracle – we call her Special Kay!”

The former Our Girl star tragically suffered two miscarriages before her current pregnancy, and previously told OK! she felt as though her “whole world had fallen to pieces” when she lost her babies.

Lacey and James have been absent from the soap after Stacey and Martin went on the run after she bashed Phil Mitchell over the head and left him for dead.

Last month, Lacey is said to have made a brief return to EastEnders to film a few scenes.

Leave us a comment on this story on our Facebook page @EntertainmentDailyFix and let us know what you think of this story.