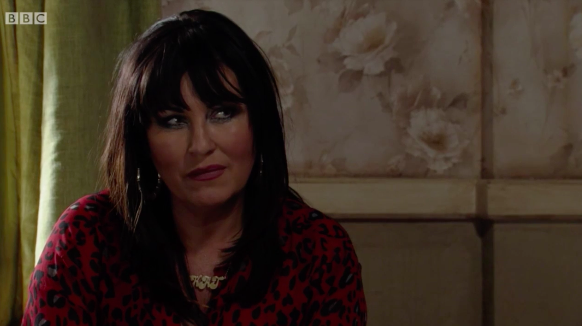 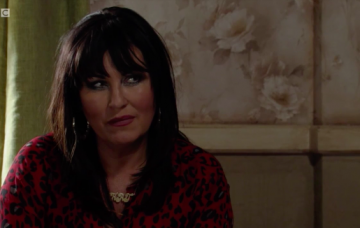 Kat's in for a shock this Christmas

Jessie Wallace is thrilled that heartbreak is in store for her EastEnders character Kat Moon.

Kat is set to be devastated when she finds out her husband Alfie Moon is the father of her cousin Hayley Slater’s baby and things start to unravel when Stacey Slater catches the pair kissing on Monday’s (24.12.18) episode.

While her character is set for a tough time, Jessie admitted she is thrilled by the dramatic storyline in the BBC soap and could not wait to start filming it.

She said: “Oh I thought ‘this is brilliant’. Getting your teeth into something like this, the meaty side of it all is brilliant; the script, the directing, the writing – I was in my element. I just thought thank you! Thank you.”

However, Jessie admitted Kat will feel betrayed by both her husband and her family.

She said: “It’s a complete shock. But then also I think Kat thinks ‘yes I can see, I can see how that happened and why that happened’. But yes, completely betrayed by not only her husband but someone in her family too.

“It all comes out from the tiniest thing, from the most careless, stupid thing. I don’t want to give too much away but it’s something that Hayley does. But I think what she (Hayley) does, is almost a cry for help. But obviously Kat is going to find out and she reacts in the way only Kat can react. She goes crazy!”

The betrayal is even more devastating for Kat as she had been feeling “optimistic” about her marriage following a tough time.

Jessie said: “Kat’s feeling very optimistic, I think she’s a bit trepidatious at first and it takes her a little bit of time to let things fall into place. But, ultimately I think she just wants her family to all be together at Christmas.

And Jessie was thrilled to reunite with castmate Shane Richie – who she calls her “soulmate”.

She said: “Oh I love Shane, we’re like soulmates, he’s like my brother. I love him so, so much and when he wasn’t here I missed him like crazy. Kat and Alfie have been together for 17 years so yes, it’s been amazing.”

Are you enjoying the Kat, Alfie and Hayley storyline? Leave us a comment on our Facebook page @EntertainmentDailyFix and let us know what you think!