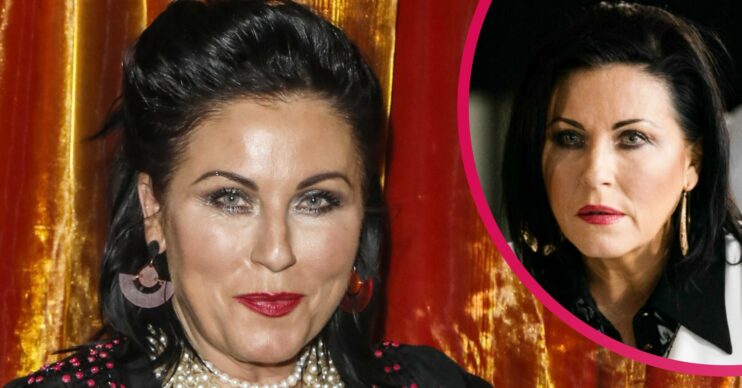 EastEnders star Jessie Wallace has become a grandma at 50

The Kat Slater actress has welcomed her grandson to the world

EastEnders star Jessie Wallace has become a grandma and has introduced her new grandson to the world on Instagram.

The Kat Slater actress shared the snap of the newborn tot to the social media site on Tuesday (March 8).

She accompanied the picture of the baby with an announcement that her first grandchild was here.

Read more: Jessie Wallace hits out at paparazzi outside her house

When did EastEnders star Jessie Wallace become a grandma?

Jessie wrote: “Welcome to the world, my grandson SJ.

“You are loved, cherished and adored.”

Fans and co-stars rushed to congratulate her.

A similar sentiment was offered by Blue singer Anthony Costa as well as numerous friends and fans.

Who is Jessie Wallace’s daughter?

Jessie has one daughter, Tallulah Lilac Morgan, with her ex, Dave Morgan.

The pair dated in 2004 and Jessie gave birth to Tallulah on November 2 of the same year.

However, Dave and Jessie split up soon after her birth.

Notoriously private Jessie was most recently in a relationship with Paul Keepin, but they split up in 2019 after two years together.

Jessie as Kat Slater in EastEnders

As Jessie adjusts to life as a new grandma, her alter ego, Kat, is struggling with her own kids.

Eldest Tommy is in trouble with school bullies and Kat believes he has stolen money from her.

In fact, Tommy is innocent, but when he tries to find a solution to replace the money next week, he lands himself in even more trouble.

Billy thinks Tommy is stealing his cash box and the lad is once again left desperate to prove his innocence.

Meanwhile, on top of the Tommy troubles, Kat is holding the fort for Phil while he’s in prison.

When Ben tells her she must accept and store a dodgy package for her other half, Kat is not happy. She refuses at first, but Ben tells her as she’s in charge of the businesses she must do it.

Kat then visits Phil in prison who begs her to take the package as his safety inside depends on it.

Reluctantly agreeing, Kat is totally knocked for six when she finds out exactly what’s inside.

Will she continue to support Phil from the outside?