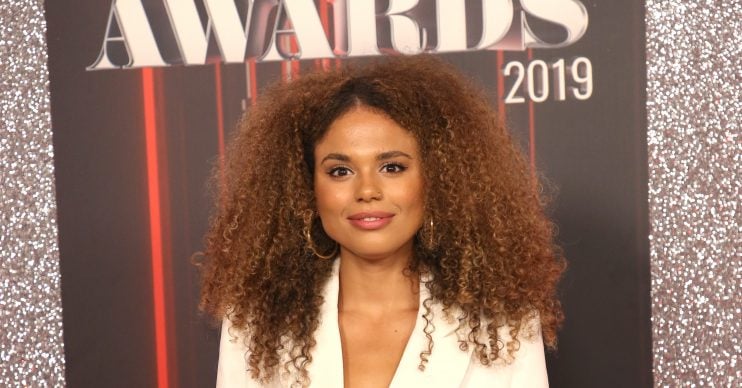 EastEnders star Jessica Plummer has shared an adorable picture of her daughter Noa Lily on her third birthday.

Jessica, who plays Chantelle Atkins in EastEnders, posted the picture of Noa blowing out the candles on her caterpillar cake.

Jessica, who was previously part of band Neon Jungle, captioned the picture: “My reason for everything. Happy 3rd birthday Noa Lily.”

Friends and co-stars rushed to comment on the picture.

Maisie Smith, who plays Tiffany Butcher in EastEnders, wrote: “Oi save us some cake x.”

Jessica is currently involved in a hard-hitting domestic abuse storyline in EastEnders.

A couple of weeks ago, viewers were sickened when the solicitor punched his wife.

After the Walford 10k, Gray was humiliated after Chantelle’s dad Mitch admitted to cheating in the race.

As everyone in the pub laughed at Mitch, Gray stormed out.

Chantelle looked terrified as her husband took her home and the second she was through the door he viciously grabbed her before punching her in the stomach.

She doubled-over in pain and sobbed as Gray blamed her for his abusive actions.

Last week, Gray locked Chantelle in the house so he could beat her after her father Mitch hit Gray.