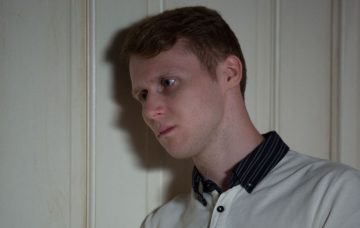 Jay Brown has been through a heck of a lot in his life for someone so young.

Since his first appearance in 2006, Jay was subsequently introduced to tragedy when his dad was brutally murdered by gang members.

Being left an orphan by the age of 14, he went into foster care before being taken in by the Mitchell family.

Not a great start in life, not to mention covering up the murder of Heather Trott, and being on the Sex Offender Register after being arrested for having indecent images of a child on his mobile phone.

All of this is pretty unfortunate, even by soap standards, so we’re sure fans wouldn’t be surprised if Jay began to self-medicate.

The youth has already dabbled in drugs and drug dealing, and actor Jamie Borthwick believes his character could become a heroin addict.

Jamie, 24, has told Metro.co.uk that he WANTS his character to venture over to the dark side.

Speaking on the Pride of Sport Awards red carpet, he said: “I like doing heavy, dramatic stuff so, I don’t know, make me a heroin addict or something.

“Let me shave all my hair off and make me go mad. Why not? Let’s just go into the depths of darkness, that’d be fun.”

Errrrr, you’ve got a funny idea of fun, Jamie!

In the meantime, Jay has been getting closer to Ruby Allen since her return to Albert Square.

Viewers recently saw Jay ask Ruby out on a date. Although she declined due to her recent rape ordeal, fans might still see a relationship blossom in the coming months…

But how will Ruby react when she discovers Jay is on the Sex Offender Register, given the recent sexual assault against her?

Would you like to see Jay and Ruby get together? Leave us a comment on our Facebook page @EntertainmentDailyFix and let us know what you think!