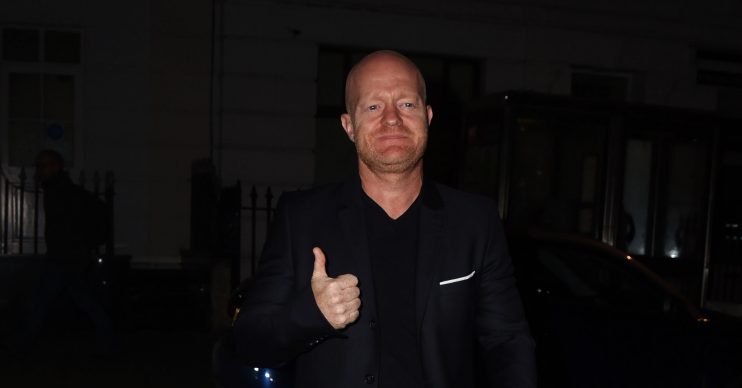 Jake Wood, who plays Max Branning in EastEnders, has shared a hilarious behind the scenes photo with co-star Adam Woodyatt, who plays Ian Beale.

He captioned the post: “Have a great week people and remember to keep it real like Beale.”

Fans found the photo hilarious and were quick to comment.

One wrote a string of laughing emojis.

A third commented: “Love this.”

Over the last few weeks, viewers have seen Ruby Allen help Ian Beale in a bid to become a councillor, however things didn’t quite go to plan.

Ruby, who’s dating Max, has been working as Ian’s campaign manager, but over the last few weeks viewers have seen her become increasingly annoyed with his demands and behaviour.

Have a great week people and remember to keep it real like Beale.

He even told Ruby she needed to publicly disown her late father, criminal businessman Johnny Allen, in order to help his image and to help get local businesswoman Edith on side.

Ian wasn’t in Max’s good books either after making sure everyone witnessed his proposal to Ruby, which she turned down.

Ruby decided to plot revenge by changing Ian’s speech and ruining his big campaign poster reveal in front of Edith and his supporters.

The situation left Ian embarrassed much to the amusement of Ruby and Max.

Things got worse for him when Edith didn’t believe he was set up by Ruby, and Edith then took an interest in Max, who revealed to her he owned half of Walford East.

Ian later fired Ruby, despite her already quitting. But will he make his own plan to get revenge?