Iqra Ahmed's secret has had EastEnders fans guessing for months, but it's reportedly set to be revealed.

Restaurant manager Iqra will come out as gay and be the soap's first Muslim lesbian character, according to The Sun. 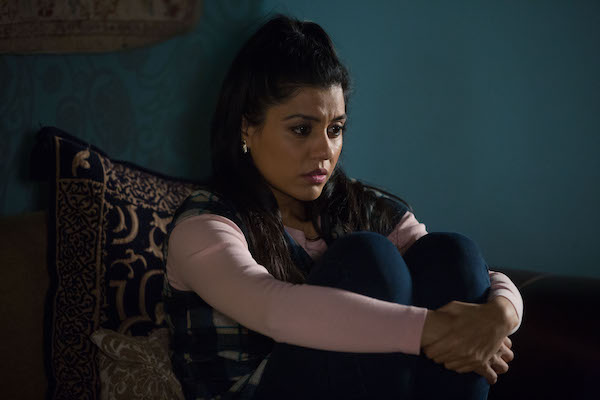 Iqra will come out as gay according to reports (Credit: BBC)

She was seen to be hiding a series of text messages on her phone.

And viewers were intrigued when it was revealed how Iqra had abandoned her arranged engagement and fled to Walford with her sister, Habiba.

However, it will soon be revealed how Iqra has been messaging girls online and isn't interested in men.

A source told the newspaper: "Iqra has been fighting to keep her sexuality quiet, but eventually the truth will emerge."

Iqra's secret has been hinted at before now, when Bernie Taylor was stood up on a blind date from the internet in Walford East. 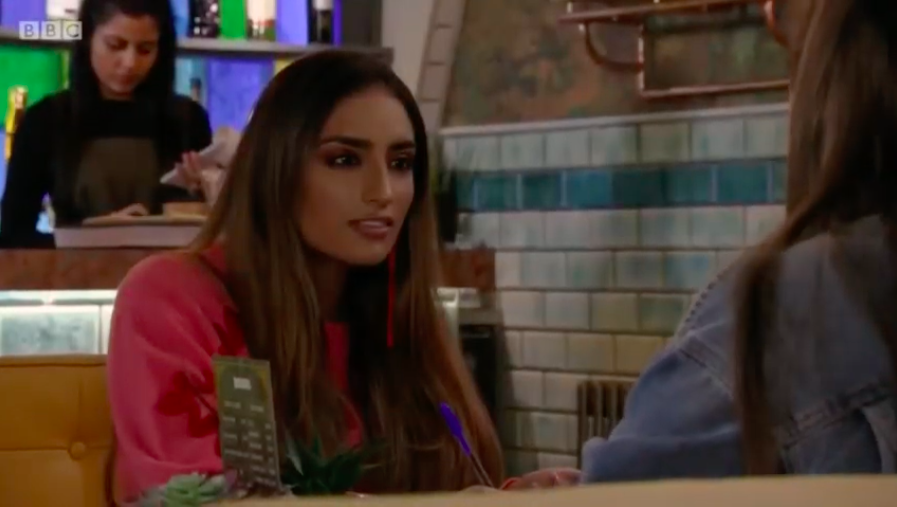 Was Iqra Bernie's secret date all along? (Credit: BBC)

She went to the restaurant, saw Iqra's sister Habiba and assuming she was her date, introduced herself - but fans will have noticed Iqra working behind her at the bar.

Bernie told her: "I get it now, why you put yourself on a dating site but didn't use photos.

"Oh sorry I didn't mean to assume about your family not being happy that you're gay. Sorry I didn't even ask your real name."

But as Habiba let her down gently and told her her date would be "well impressed" with her Arabic greeting, Iqra could be seen busying herself behind the pair.

Further hints have come as Iqra failed to give a reason for not wanting to marry the man her family picked for her, and she showed no interest in finding another for herself.

What do you think about Iqra's secret? Leave us a comment on our Facebook page @EntertainmentDailyFix and let us know what you think!