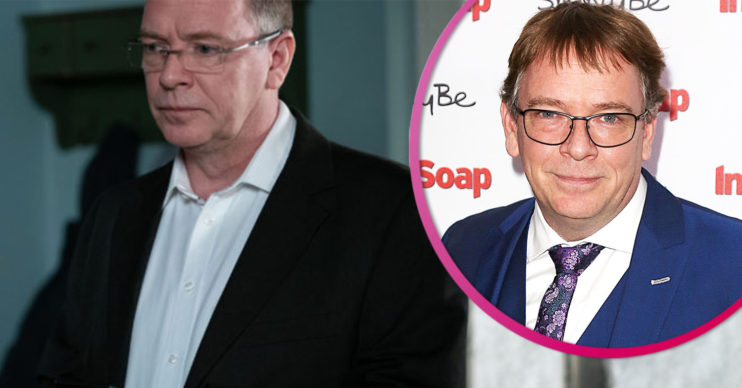 Is Ian finally about to face justice?

EastEnders legend Ian Beale is reportedly being “written out” of the soap while actor Adam Woodyatt takes an extended break away.

The Daily Star Sunday reports Adam is having an extended “holiday” with Ian being being written out of upcoming episodes.

Fans will be devastated that Ian will reportedly be off screens for around 10 weeks so soon after the soap’s return to screens.

The reports suggest it will be due to an explosive plot twist.

A separate source told the publication: “Writers are staying tight-lipped about what happens, so it’s not known yet what the future will hold for the character.

Read more: EastEnders star Jessie Wallace hits back at paparazzi for ‘hounding’ her family outside home

“There are no guarantees and anything can happen in Albert Square.

Ent Daily has contacted reps for EastEnders for comment.

The news comes after the BBC released some spoilers for the show’s return in September.

When will Ian Beale be exposed as Dennis’ killer in EastEnders?

It teased that Ian was set to be exposed for his role in killing Sharon Watts’ son Dennis Mitchell.

There are no guarantees and anything can happen in Albert Square.

Dennis drowned in February’s boat disaster after Ian locked him in a room and refused to let him out.

By the time he had managed to let him out, the boat was fast sinking and they were both rushed by water into the Thames.

Dennis died while Ian survived – but he has so far pretended to be a hero who tried to save Dennis.

Only Dotty Cotton knows the truth but her attempts at blackmailing Ian came to nothing when he fought back.

He had her kicked out of uni and arrested for drug dealing, leaving her furious and intent on revenge.

However, the spoilers tease that his comeuppance is coming.

EastEnders returns to screens on September 7 at 8pm on BBC One.