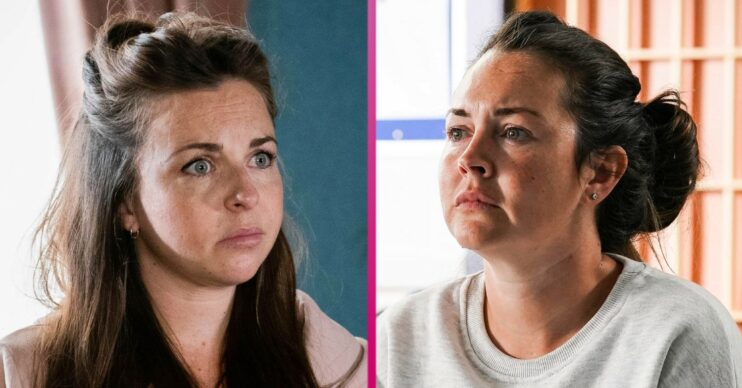 Ruby's nemesis Stacey is back - and she's threatening to kill her

EastEnders has given a huge hint that Ruby Allen will have a tragic exit.

The club owner is on thin ice with Jean Slater vowing to expose her lies that led to Stacey Slater being sent to prison.

Ruby is determined to keep her quiet – but next week the truth comes out.

This week Ruby took desperate action and reported Jean to the police for growing drugs in her garage.

And next week Jean will be arrested and taken in for questioning.

However, while she’s there, she suffers a horrifying collapse and is rushed to hospital.

Meanwhile Martin is suspicious about what’s going on and looks at Ruby’s phone to see a message from the police thanking her for her help.

And when he discovers daughter Lily’s drugs came from Jean – and that Ruby knew – he’s furious.

Realising Ruby’s out of control, Martin secretly visits his ex-wife Stacey in prison.

As he opens up to his ex-wife, Stacey is in shock.

But her shock soon turns to rage and she makes one thing clear to Martin – sort Ruby out – or she’ll be back to kill her.

The senior exec producer said: “Jean is intent on bringing Ruby down and on clearing Stacey’s name and so Ruby is going to come to a slightly sticky end!

“It’s fun to see how that plays out!”

And Stacey’s return is mere weeks away – with her bringing a new friend from prison with her.

Executive producer Jon Sen added: “That’s going to be huge. She returns from prison. As you know, she went to prison after a false accusation from Ruby.

“A new character called Eve, played by Heather Peace, and we’re really excited about her!

“What that kind of friendship is that going to be? Because they come back having shared a prison experience that has united them in a very unique friendship, so that’s really exciting.”