Harry Redknapp has revealed his ambition for 2021 is to join EastEnders.

The former football manager, who won I’m A Celebrity… Get Me Out Of Here in 2018, has previously stated he would like to join the BBC soap.

However he has now revealed that his goal for this year is to land a role on the show as a regular for a year.

Harry Redknapp reveals how he wants to join EastEnders

Speaking to The Sun, he said: “My ambition for 2021 is to get a part in EastEnders because I’m a real Eastender. I grew up in Poplar, so I have a real affinity with the area.

“I’ve worked out my character and this is the scene… 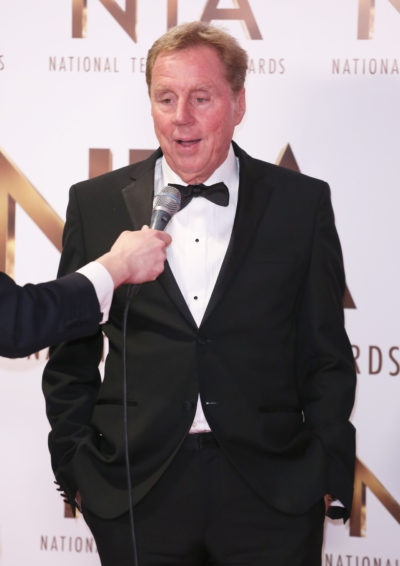 “Mick Carter and his regular punters are in The Vic. They’re at the bar, having a drink, and one of ’em says ‘ere you heard Redknapp has moved back in the area?’ And another says ‘Nah, he’s moved to that posh Sandbanks.’

“At this point I come into the pub, they turn around looking shocked and I say, ‘I’ve moved around the corner.’

“Mick then says, ‘Harry is back ’cause we’re starting up a little business. A bit of this, bit of that.’

“I’ve already written the script so now all the show’s bosses need to do is call me up. I’d like to be in it for a year – before they bump me off or something.”

Harry has previously explained that he would like to join EastEnders.

Speaking on Good Morning Britain last year, he said: “I think EastEnders is the one for me. I’m a real Eastender.”

Whilst it’s unknown if Harry will appear on the soap, EastEnders fans know Mick Carter is a big West Ham fan, the team Harry managed from 1994 till 2001.

Would you like to see Harry Redknapp in EastEnders? Leave us a comment on our Facebook page @EntertainmentDailyFix and let us know what you think of this story.