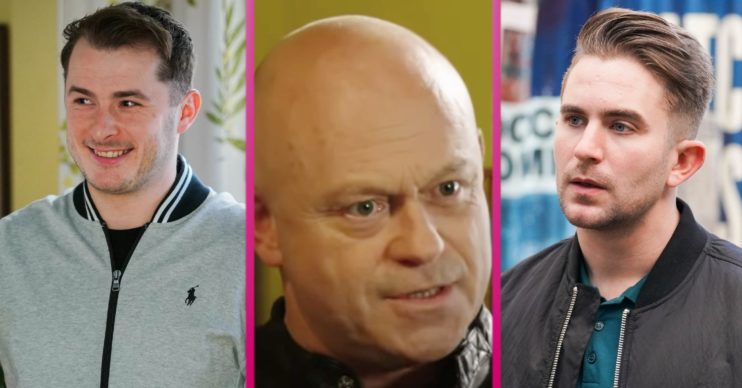 EastEnders: Grant Mitchell to return for Ben and Callum’s wedding?

They got engaged earlier this year

EastEnders characters Ben and Callum are set to get married soon. But could their wedding mean a return for Grant Mitchell?

Fans know that Jonno didn’t react well when Callum came out and he accused Ben of turning him gay.

However Phil refused to let Jonno get away with his homophobia and struck him in the face.

Despite what happened, Ben was okay with Callum inviting Jonno to the wedding. However Callum decided that he wouldn’t invite his dad unless he reached out to him.

As Callum crossed Jonno’s name off the guest list, you could see the names of the other guests invited to the wedding.

Of course Phil, Billy and other family members were on the list. Also on the list were Ben’s uncle, Phil’s brother, Grant Mitchell, Grant’s daughter Courtney and Ben’s half-sister Louise.

Grant, Courtney and Louise are no longer on-screen. Could they make a return for Callum and Ben’s wedding?

EastEnders: Where are Grant, Courtney and Louise?

Grant appeared in EastEnders from 1990 until 2006 and in 2016 he made a brief return when his mum Peggy was diagnosed with terminal cancer.

It looked like they were becoming more than friends, but they were unaware that they were half-siblings.

However when Grant caught Mark and Courtney about to kiss, he stopped them.

Eventually Grant and Courtney returned to Portugal and Mark found out Grant was his father.

Ross Kemp speaking on whether he would return

During an exclusive interview with Entertainment Daily last year, Ross Kemp said he wouldn’t rule out a return to EastEnders

“But that would be down to the BBC, that’s not down to me.”

Ross added: “I would never say not to going back to anything. I’ve always enjoyed acting and if an acting role came along, I would take it if it was something that I thought I’d enjoy.”