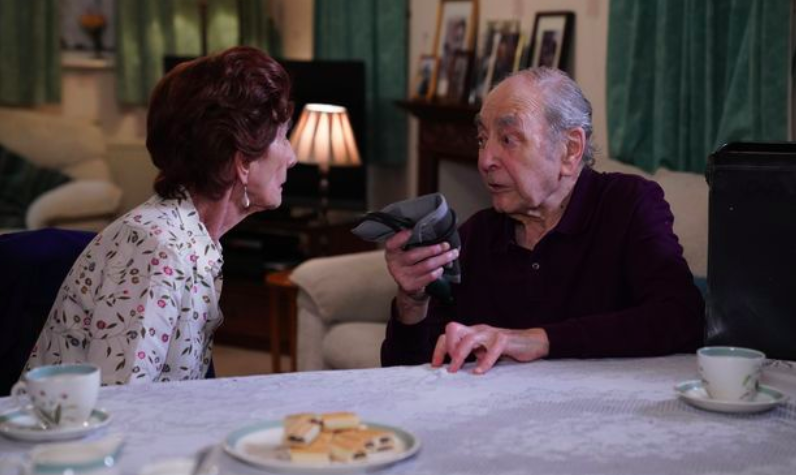 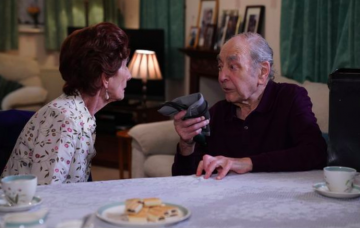 EastEnders fans have been left in tears as Dr Legg confirmed he was dying in last night’s episode.

Viewers were emotional as the legendary character returned for the first time in more than a decade and revealed he is not long for the world.

Sitting in the Queen Vic for one last pint, he broke the news to Dot gently.

He told her: “There’s something very special about this place, you know.

“I’m the only one here that’s unwell. As a matter of fact, I’m dying.”

It was enough to bring viewers to tears and they flocked to Twitter to share their upset.

One said: “What?! Now Dr Legg’s dying in all! @bbceastenders, have you no heart? #EastEnders”

Another added: “I am sad Dr Legg was dying but I wish Ian had been in the pub and Sharon left a little bit later.

“Nu Martin does not really have the same nostalgia feel. #EastEnders @bbceastenders”

It all came about as Dot returned to Walford after visiting Ireland to tell Sonia Fowler that she’s been having some funny turns concerned Sonia booked her an appointment to see her GP.

After visiting her local doctor, Dot wasn’t convinced by what she’s told and decided to get a second opinion from the only Doc she’s ever trusted.

In July, the BBC soap confirmed that 92-year-old actor Leonard Fenton would be returning as Dr Legg.

Long-time viewers will remember that Dr Legg appeared in the very first episode of EastEnders over 30 years ago, serving as Walford’s local GP until 1997.

His very first scene was delivering the news to Pauline and Arthur Fowler that they were expecting a third child (Martin).

The kind-hearted doc’s best patient was Dot Cotton, with her notorious hypochondria, her endless ailments, questions and woes…

The pair struck up a very close bond over the years, so it’s no surprise that Dr Legg will be returning for scenes involving Dot – who hasn’t been seen on the Square for some time.

On his return, Leonard said: “I am very happy to be back at EastEnders and am looking forward to working with June and the rest of the cast and crew again.”

John Yorke, Executive Consultant added: “It’s a huge honour to have Leonard back in the show and to see him and June working together again for an exciting and emotional story.”

After leaving Walford 21 years ago, Dr Legg returned for Ethel Skinner’s funeral in 2000, and Mark Fowler’s in 2004.

He briefly returned to Walford back in 2007 when Dot turned to her old confidante after finding an abandoned baby boy on the doorsteps of the local church.

Are you sad Dr Legg is dying? Leave us a comment on our Facebook page @EntertainmentDailyFix and let us know what you think!