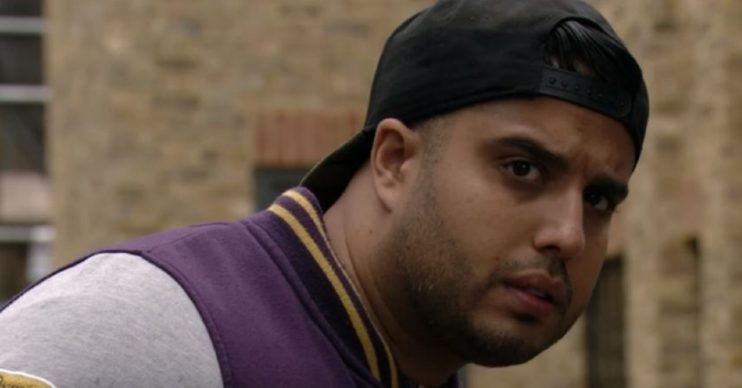 Viewers of EastEnders are worried Jags will be leaving Albert Square soon.

They think they have spotted a clue that the rat catcher is in for a shock exit after seeing claims actor Amar Adatia is “preparing to leave”.

The soap star, 34, joined the soap last year as part of the new Panesar family.

However he has only had one brief storyline where he slept with Habiba Ahmed in his time on the soap.

And now fans have speculated that his time in Walford is coming to an end after spotting a clue Amar is on the hunt for new work.

The post showed a picture of Amar in EastEnders as Jags alongside the words: “Great to work with the talented @AmarAdatia recently on his new acting showreel.

“We particularly loved these scenes as Jags in EastEnders. Keep up the great work!”

The fan added their own thoughts saying: “Just saw this on Instagram. Does this mean Jags is going?”

Headshots and showreels are usually kept updated by actors to help them secure future work.

Fans have already begun speculating how Jags could leave if the actor is set to depart.

One claimed his friendship with Chantelle Atkins could see him discover Gray’s abuse and step in to protect her – but end up being murdered by the evil lawyer.

The fan said: “Wouldn’t mind having Jags find out about Chantelle’s abuse and attempt to step in, only to be brutally murdered by Gray.

“Chantelle could then kill Gray in self-defence and go on the run with Kheerat. Wouldn’t miss any of those characters.”

However with EastEnders currently not filming, any cast changes may not show for months.

When will EastEnders run out of episodes?

EastEnders is not set to resume filming until the end of June.

The BBC reduced the soap’s broadcasts to just two per week in March to last as long as possible.

Those episodes are set to run out in early to mid June meaning the soap will take a break.

However it has not yet been confirmed how long the break will be and fans could be without their favourite soap for months.