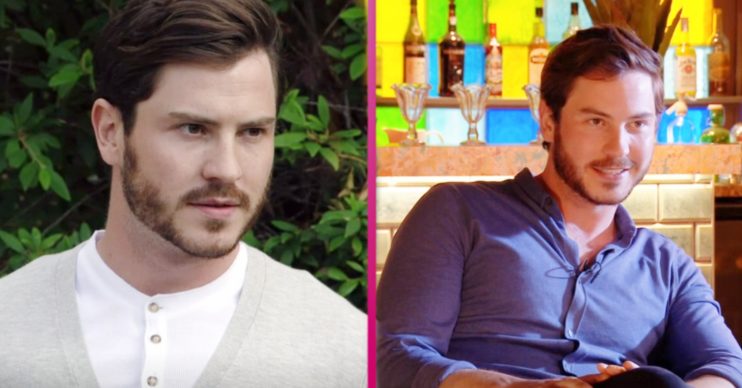 EastEnders fans were shocked to see what Gray Atkins actor, Toby-Alexander Smith, is like in real life after his Secrets From The Square episode aired last night (Tuesday, August 25).

In the episode, Toby sat down with Stacey Dooley and Jessica Plummer, who plays his on-screen wife Chantelle Atkins.

As fans of the show know, Gray has been abusing his wife Chantelle. But to everyone else they seem like the perfect couple.

During their Secrets From The Square episode, Jessica and Toby talked about the storyline.

Speaking about viewers’ reactions when they see him, Toby explained: “They usually say ‘Are you Gray from EastEnders?’ And I’ll say ‘yeah’ and then I’ll get a bit of a look.

“It gets difficult when it becomes personal because sometimes people can’t differentiate between character and me as an actor. But that’s fine if one person gets out of an abusive relationship then it’s worth it, I’ll take it all day long.”

Viewers were shocked by how lovely Toby-Alexander is in real life and how different he is from his abusive alter ego.

Hats off to @_TobyAlexander, he plays Gray so incredibly well but he seems such a lovely gentle person. #EastEnders #SFTS.
I have so much respect for the actors that play the 'bad guys' in soaps

EastEnders: What’s next for Chantelle and Gray?

It was recently revealed that Chantelle and Gray have been isolating together during lockdown.

The soap will be exploring domestic abuse in lockdown.

Read More: EastEnders return: Stars to kiss through plastic screens to get around social distancing

He plays Gray so incredibly well but he seems such a lovely gentle person.

Speaking about what’s to come on Secrets From The Square, Toby said: “Gray’s been furloughed which is definitely a dent to his ego. So of course naturally that brings a trigger for Gray to get frustrated with Chantelle, therefore I imagine he’s probably pretty much at boiling point.”

Are you looking forward to EastEnders’ return?

Did you see Toby-Alexander and Jessica on Secrets From The Square? Leave us a comment on our Facebook page @EntertainmentDailyFix and let us know what you think of this story.