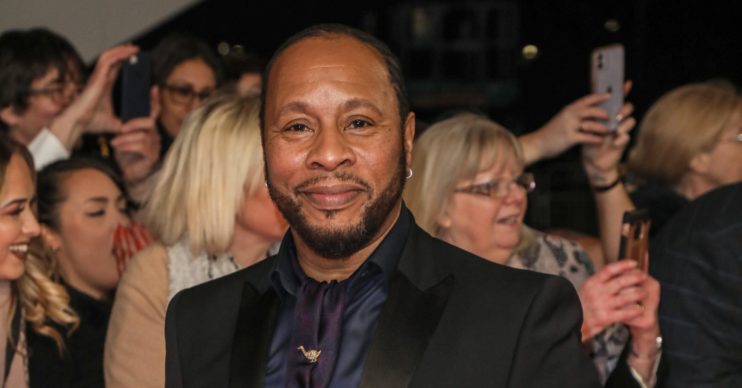 Roger joined the soap as Mitch in 2018

The actor is well known for playing Mitch Baker in the BBC soap.

Recently fans of the show discovered Roger’s age and were left shocked, as he looks much younger.

According to his wikipedia page, Roger is 59 and will turn 60 next year in February. But in a Digital Spy forum, fans shared their disbelief, commenting on how young he looks.

One wrote: “Just looking on wikipedia and it says he is almost 60. Surely that’s wrong because he looks about 15 years younger than that.”

Another added: “He had a recurring role in EastEnders in the early 00s and has barely aged a day since then.”

Roger, who is well known for playing Mitch in EastEnders, had another role on the soap between 2004 and 2005 playing DI Christopher Riddick.

He also had roles in Family affairs and Holby City.

In 2018 he re-joined EastEnders as Karen Taylor’s ex-boyfriend and the father of two of her six children, Chantelle and Keegan.

Although it became clear from the off that he wasn’t there much for his kids growing up, he has become an important person in their lives.

Last year, Mitch returned to Albert Square with a little girl named Bailey, who he claimed to be his friend’s daughter. But he soon let slip that Bailey was actually his child.

It was revealed that the young girl was a carer for her mum Dinah, who suffered with multiple sclerosis.

Discovering the situation, Karen tried her best to help and even took in Bailey when Dinah died.

After the death of her eldest son Dennis, Sharon struggled to look after her newborn baby Kayden and left him in the care of his paternal grandmother, Karen.

But Sharon’s friend Ian has been trying to get Karen to move away with the baby, in the hopes it will allow Sharon to have some space.

The idea of Karen leaving has left her children, Mitch and boyfriend Billy devastated. Will she leave, or will her family be able to convince her to stay?

Do you think Karen will leave Walford? Leave us a comment on our Facebook page @EntertainmentDailyFix and let us know what you think of this story.