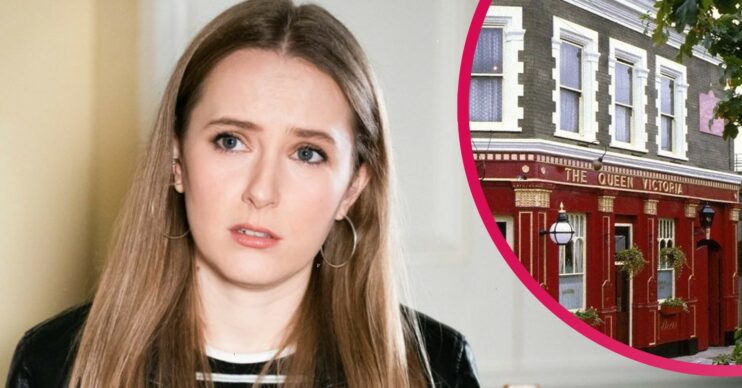 The soap has come under fire recently

The long-running soap has been hit by a series of bad ratings, with it even falling behind BBC Two quiz Only Connect on one occasion earlier this month.

BARB figures show the soap is averaging over a million less viewers than Coronation Street.

Even with big hitters like Janine returning to Walford, figures remain down.

What did BBC boss say about EastEnders’ falling ratings?

Read more: EastEnders star terrified of being killed off

As reported in\\\\\\\ Metro.co.uk, Piers has blamed schedules for the decline.

“It being scheduled off-junction and it not being the full half-hour has impacted its audience,” he said.

He went on to add they are working on bringing it back to its usual length and time slot, as well as saying “the picture isn’t as harsh as it looks” if you take into account iPlayer viewings.

Currently EastEnders is airing on Mondays at 8.05pm, Tuesdays and Thursdays at 7.35pm and Friday’s at 8.30pm. The changes were made when filming was suspended as a result of the Coronavirus pandemic.

Piers argued Coronation Street and Emmerdale were always shorter than a full half hour because of ad breaks, so they were “impacted slightly less” by new filming protocols as a result of COVID-19.

Fans aren’t so sure scheduling is to blame. In response to Piers’ comments many have taken to Twitter to express their views.

“It all sounds like excuses to me. If they made good content people would come back to the show and watch. Simple as that,” wrote one.

Another agreed: “Exactly, it isn’t the scheduling they [are] just using that as an excuse it’s the fact it’s genuinely rubbish show and they are covering up the fact and won’t admit their show is a failure.”

A third said: “This is not a scheduling problem! It’s the writers and producers who serve up pathetic excuses for drama instead of the strong, character-driven storylines that viewers want.”

Meanwhile a fourth added, “It’s because EastEnders keeps regenerating old ideas and not moving forward. The BBC
boss needs to come up with new ideas instead of recycling ideas.”

“Hit hard by the loss of Danny Dyer and more great characters!” mused someone else.

What’s happening in EastEnders this week?

On screen this week Chelsea Fox has discovered she’s pregnant with Gray’s baby. But he’s busy with his sights set on Whitney.

Poor Whitney’s had a run of bad luck with men, but will she realise Gray’s a wrong’un before it’s too late?

Meanwhile, the soap has confirmed Vincent Hubbard is dead, but as his wife Kim Fox-Hubbard tries to get to the truth, is she in danger too?

Elsewhere, Harvey is also making life difficult and his comment to Ash tonight stops her in her tracks.