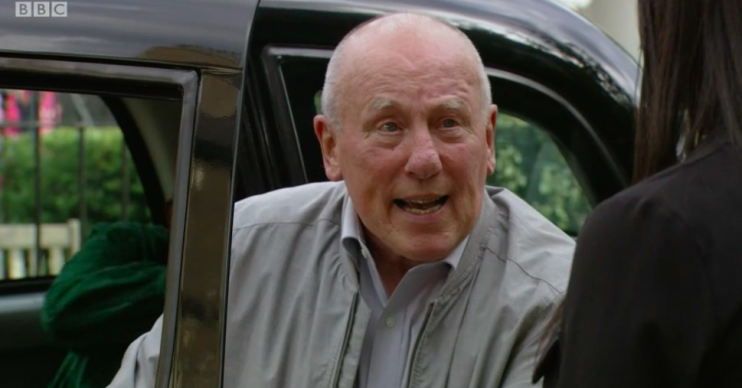 Fans of EastEnders have rejoiced at Ted Murray’s exit from the Square and they want Pam and Les to return.

Actor Christopher Timothy made his last appearance in the soap as Ted last night.

He was seen going travelling the world with Sheree’s mother Wanda after she offered to pay for everything to spare his pension.

ED! can confirm the episode was the last time Christopher Timothy will appear in EastEnders.

A spokesperson added: “We wish Christopher all the very best for the future.”

Fans were delighted Ted has gone.

One said on a Digital Spy forum: “It was a good exit for what was a minor character, I think that shows the strength and quality of the show at the moment, they could have just written him out off screen but they dedicated a two-week story arc and his final scenes were very well done, the character was given respect.

“Time to bring back Pam and Les on a permanent to fill that gap, so many characters already connected with them either via their history in Walford and the funeral business.”

Another said: “I am glad Ted was written out – he was deadwood now all we need is Robbie and Big Mo to go.”

A third said: “I guess ultimately the Murrays weren’t much of a success. After Joyce passed Ted never really did anything that important.”

Fans were hopeful the hints that Wanda murdered her last husband would mean Ted would be killed off and wouldn’t return to Walford.

Instead they want Pam and Les to make a comeback after they were axed and replaced with Ted and Joyce.

One said: “Fake Pam is dead, and Fake Les is leaving. Time to bring back these icons.”

Will you miss Ted? Leave us a comment on our Facebook page @EntertainmentDailyFix and let us know what you think!