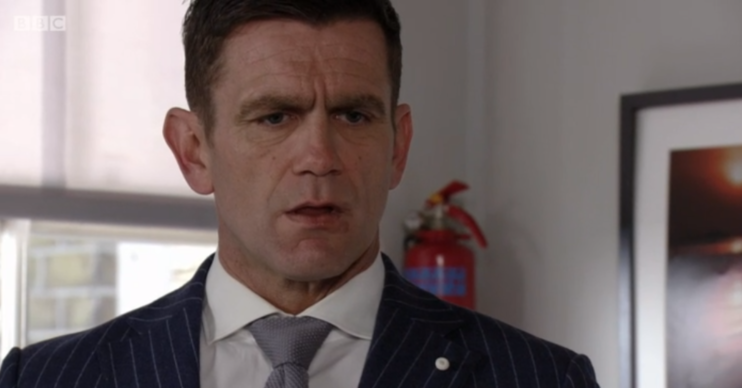 No one else was allowed to see the video

EastEnders fans have questioned why Jack left secret police with Keegan when he knew the teen wanted to share it.

A couple of weeks ago, Keegan was wrongly arrested after Vinny’s party got out of hand. A brick ended up being thrown at a police car and immediately Keegan got the blame.

As bodycam footage didn’t show who threw the brick it wasn’t looking good for Keegan.

But in last night’s episode (Monday, May 13) Jack told Keegan that a few witness statements had come in and one of them filmed the brick being thrown at the car.

Later, Jack managed to sneak the footage back and showed it to Keegan and Jack’s niece, Keegan’s wife, Tiffany.

Did the video prove Keegan’s innocence?

The recording showed clearly that Keegan didn’t throw the brick and someone else was responsible.

Excited people finally saw he was telling the truth, Keegan wanted to show the video to his parents. But Jack made it clear that no one else was meant to see the footage – even Tiffany wasn’t meant to see it.

Jack claimed that none of his colleagues knew he had it and if they did, he could lose his job. But when the Crown Prosecution Service see it, they will know Keegan didn’t do it.

Later, Jack wanted to take Tiff and Keegan for a drink. But as Tiff went to meet her uncle, Keegan was back at home and sharing the footage.

Although Keegan’s actions could cost Jack his job, EastEnders viewers blamed Jack saying he shouldn’t have left the footage with Keegan.

Why has Jack left the USB stick with Keegan if he didn't want him to share it? #EastEnders

because Jack is a terrible police officer.

Jack shows Keegan the footage. Tells him he can't show anybody else. And then leaves the usb with said footage with Keegan?#EastEnders pic.twitter.com/sdjIwUwV7c

But will Keegan’s actions cause Jack to lose his job?