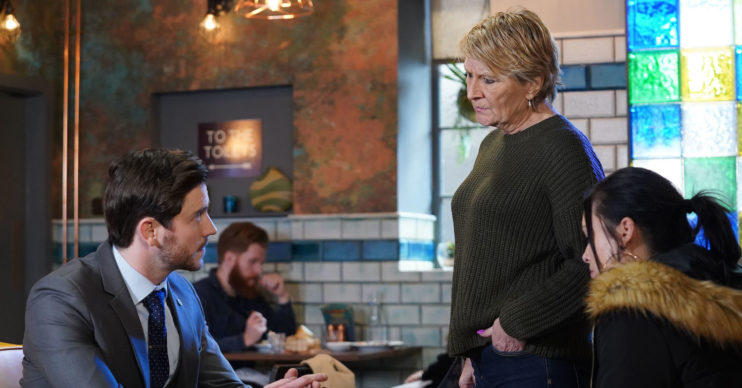 EastEnders fans have questioned if Shirley Carter knows the truth about abusive Gray Atkins after spotting a hint during a scene in last night’s episode (Monday, May 11).

When Gray and his wife Chantelle arrived on Albert Square they appeared to be the perfect couple with the perfect family. But viewers soon saw what happens behind closed doors.

A few months into their arrival, viewers saw Gray physically abuse his wife. Over the last few months, he has continued to hurt Chantelle and take his frustrations out on her.

However, Chantelle has never told anyone about Gray’s violent side. But after last night’s episode, viewers were left wondering if Shirley Carter had figured him out.

In Walford East, Shirley’s friend Jean ended up getting into an argument with Whitney, who was having lunch with her solicitor, Gray.

As Whitney had been kidnapped by Michaela the week before, Jean, who is not taking her bipolar medication properly, ended up calling the police multiple times.

Not wanting to press charges, Whitney told the police she went to stay with a friend. Because of this, Jean feared Whitney had made her look stupid in front of the police.

After having a go at Whitney and Gray, Jean stormed out. As she left, Gray said: “If she’s acting like that then she needs friends who can keep her in check” as he pointed to Shirley. 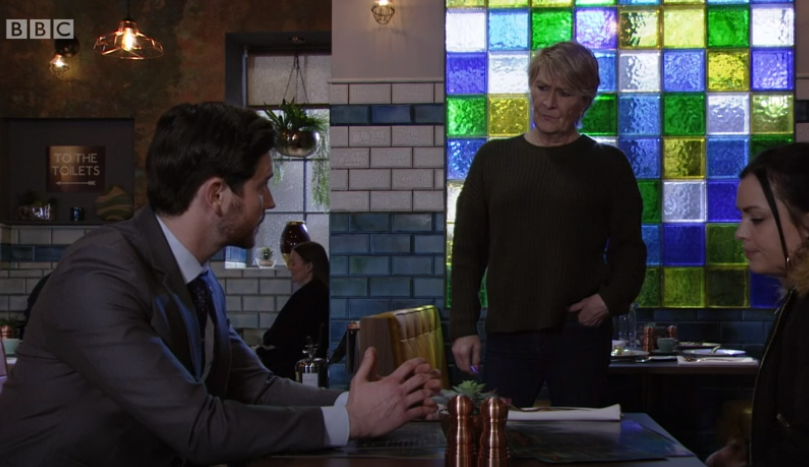 But Shirley didn’t take too kindly to his words saying: “Keep her in check? She’s not an animal. You know women, they should be treated with respect.”

Seeing the interaction, viewers wondered if Shirley knew about Gray’s nasty side.

Question, does Shirley know about Gray hurting Chantelle? What was the story there when she said about woman deserving respect. Feel like I must have missed something. Sometimes I skip over Gray because he makes me so angry or anxious. #EastEnders

Does Shirley know something about his home life? #Eastenders

🤷 But maybe she can sense Gray ain't all he seems.

Whitney to save Chantelle?

Some EastEnders fans have predicted that it will be Whitney who saves Chantelle from Gray.

Does Shirley know something about his home life?

Over the last few weeks, Gray and Whitney have been spending a lot of time together as he is representing her in her murder trial.

Although it seems as if she’s falling for him, others predict she’s actually starting to figure out he is abusive.