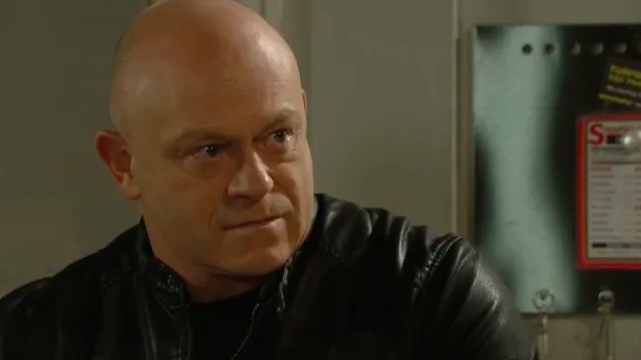 Will he come back to help Phil?

Phil Mitchell is currently going nuclear in EastEnders, after discovering that his wife Sharon is carrying another man’s child.

And hopeful fans predict the explosive Christmas storyline will see the return of Phil’s brother Grant.

In scenes some viewers found disturbing and “too violent” this week, Phil took out his fury on Jack Branning – who he believes is the father of Sharon’s unborn child.

Of course he’s not – that honour goes to Keanu Taylor, who watched Jack being brutalised by Phil all the while keeping very quiet about his own guilt.

And when Phil eventually discovers the truth – made worse because Keanu is also the father of Phil’s new granddaughter – he’s going to implode.

Unsurprisingly, perhaps, some fans are now convinced that Phil’s little brother Grant will make a temporary return to help his brother in his hour of need.

One fan wrote: “Little brother Grant is on his way home for Christmas but will he make it in TIME to STOP Phil from doing something he will live to regret for the rest of his life?”

Another said: “It wouldn’t be Christmas without a sprinkling of Grant walking right into all this drama… I know this storyline has nothing to do with Grant, but him making a FESTIVE VISIT would be the icing on the cake right in the midst of all the drama!”

A third added: “Have to agree, I don’t see Kate Oates and Jon Sen passing up the opportunity of making that call to Ross [Kemp] to invite him back. Especially with it being Christmas!

“Last Thursday’s episode, we saw Phil on the phone to him. For me, that’s them hinting…”

“Think Grant might be returning to EastEnders this Xmas!” declared one more.

@RossKemp Think grant might be returning to eastenders this Xmas!

Little brother GRANT is on his way home for Christmas but will he make it in TIME to STOP Phil from doing something he will live to regret for the rest of his life???

Although Grant and Phil have not always seen eye to eye, their sibling bond is strong – and viewers love seeing them together.

Long-term fans of the BBC soap know that Sharon and Grant were married, before she cheated on him with his brother Phil.

When he last returned, though, it was clear there’s some seriously unfinished business between Sharon and Grant…

Could Grant return from Portugal in time to save Sharon from Phil’s wrath? Or to help Phil kill Keanu?

Would you like to see Ross Kemp return as Grant Mitchell?  Leave us a comment on our Facebook page @EntertainmentDailyFix and let us know what you think!