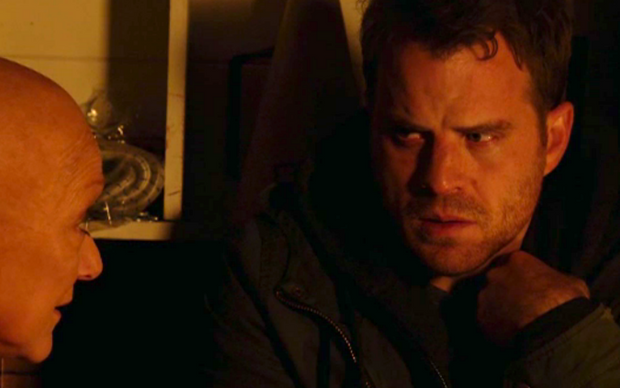 Stars of EastEnders Gillian Wright and Rob Kazinsky have been praised for their role in an emotional episode focusing on the near-suicide of Sean Slater.

Fans of the BBC soap have highlighted the powerful delivery of such a distressing storyline.

Sean was seen clutching a shotgun in the latest episode of the soap, as his mother Jean watches on.

This followed Stacey and a team of paramedics rushing to save her.

They then found Sean on the verge of turning his shotgun against himself at a remote house.

In an emotional scene, Jean gently talked to her son as he hovered on the verge of taking his own life.

Jean, suffering from cancer, told her son that he needed to forgive himself for his past violence, and reassured him: “Whatever you’re feeling right now. It will pass.”

Utterly heartbreaking! This is #EastEnders at its finest!! Gillian Wright deserves a crown!!! https://t.co/c78Xtt5jNv

Irene Edgar was also impressed, posting: “Wow – just caught up with #EastEnders! Powerful stuff tonight without all the shouting & screaming.”

If you are feeling emotionally distressed and would like details of organisations which offer advice and support, go online to https://t.co/OzdVGAcgXz or you can call for free, at any time to hear recorded information 0800 066 066. pic.twitter.com/QoIYRpzeHO

Muniza Abdullah wrote: “That EastEnders episode is why it’ll always be my favourite soap.”

They were among the many fans taking to Twitter to express their appreciation of the episode’s quality, and its work in raising important issues regarding mental health.

Rob Kazinsky returned to the soap this week to portray the character he left behind a decade ago, because he felt so passionate about playing out the mental health awareness plot.

Leave us a comment on our Facebook page @EntertainmentDailyFix and let us know what you thought of the episode.