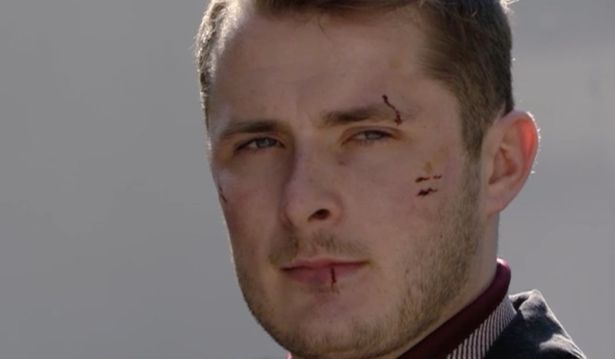 Most of us would call for help if we found a parent out cold and possibly even dead. Not Ben Mitchell.

On Thursday night (August 1), the ‘evil’ son decided to let his dad suffer unnecessarily when he discovered his lifeless body lying on the floor of the car pit.

Viewers know that in the previous episode of EastEnders, Stacey Fowler walloped Phil over the head with a wrench to stop her husband Martin from getting a beating.

One said: “Ben is framing Keanu! So it’s gonna be Mitchells VS Slaters VS Taylors.”

Another added: “Ben is such a piece of work! Clearly he is going to frame Keanu! Also this is all set up for Lacey Turner to go off on maternity! Going on the run!”

Ben is such a piece of work! Clearly he is going to frame Keanu! Also this is all set up for Lacey Turner to go off on Maternity! Going on the run! 😆#EastEnders

He's grassed on Keanu 😮😮 @bbceastenders #EastEnders how could you Ben

A third cried: “No Ben just set Keanu up!”

“He’s grassed on Keanu! How could you Ben?!” exclaimed one more.

Of course, Keanu’s practically family as he’s engaged to Ben’s sister, Louise Mitchell. But it seems faaamily doesn’t mean much to Ben any more…

Actor Max Bowden told Mirror Online: “Ben’s found the perfect opportunity to get one over on Keanu and try to remove him from the picture, which is a massive conflict of interest because it then leaves Phil not having as much time as he needs or necessarily should.

“But I think he’s so broken by what’s happened in the previous episodes, finding out that Keanu’s in the will and he’s not, that I think his mind goes into a complete overdrive.”

Do you enjoy watching bad boy Ben? Leave us a comment on our Facebook page @EntertainmentDailyFix and let us know what you think!