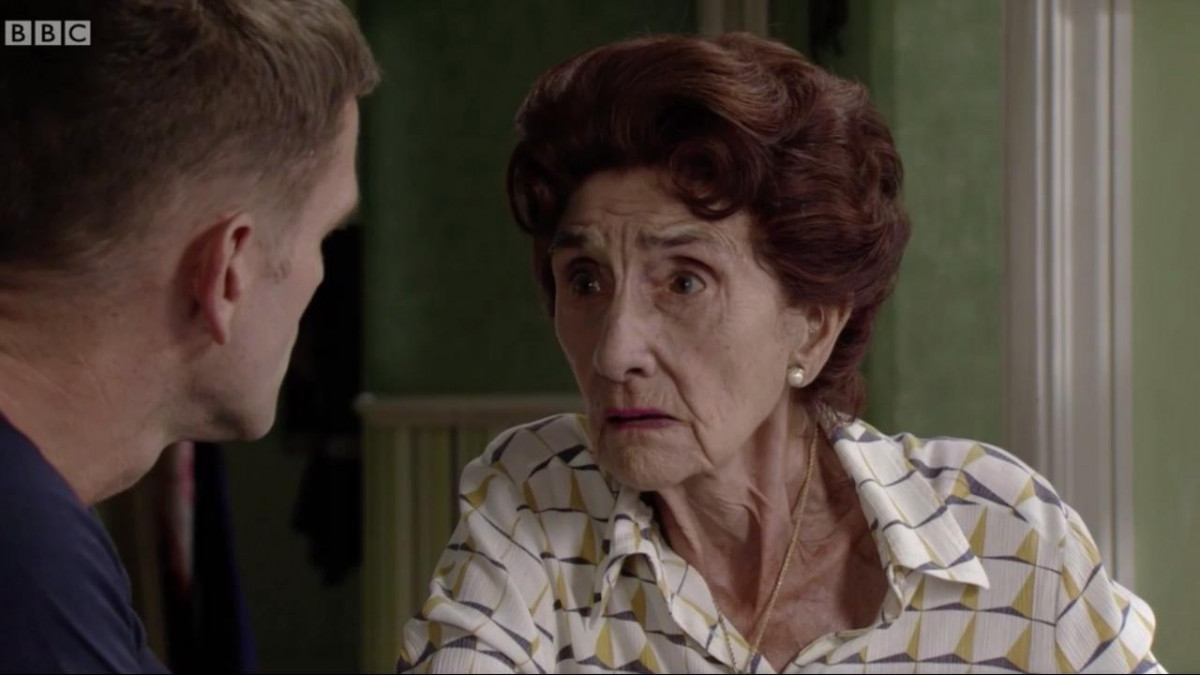 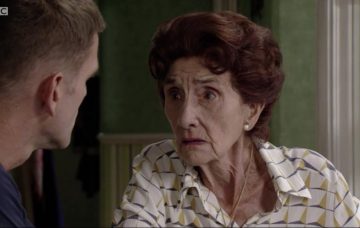 Fans cried out a collective “noooooooooooo” as the adored soap veteran told her stepson Jack Branning the horrible news.

In emotional scenes on Tuesday (16 October), Dot told a shocked Jack that she’d been to the doctor because of her “funny turns”.

When pressed to reveal what the doctor had diagnosed, she went on to quote a passage from her beloved Bible, saying: “To everything there is a season. A time to be born and a time to die. A time to plant and a time to pluck up those that have been planted.

Dot, who has been on the soap since it started in 1985, morosely told Jack: “You see Jack, I’m dying. And I’ve come back here to say my goodbyes.”

Fans were devastated by Dot’s bombshell, and some were even furious with scriptwriters, with one saying: “If Dot dies …. I swear I will NEVER ever watch #Eastenders again and that’s a promise!! The matriarch of this soap, they simply can’t get rid of her or June Brown!!!!”

Another simply wrote: “Nope. Dot’s not allowed to die.”

I don’t believe it! Honestly John yorke can’t be going down this route…. especially with a iconic character like dot!! #EastEnders

If Dot dies …. I swear I will NEVER ever watch #Eastenders again and that’s a promise!! The matriarch of this soap, they simply can’t get rid of her or June Brown!!!! 😡🙃

They better not kill off dot#EastEnders

How dareeeeee they kill Dot off. Nah Eastenders have gone mad #eastenders

i love wee dot in eastenders, heart will literally break if anything happens to her☹️☹️☹️

No no no. Dot can’t die #Eastenders

They’ve brought Dot back in to Eastenders for her to die and it’s broke me. Flashbacks of when Ethel died and I’m not ready for it. I can’t cope. pic.twitter.com/QnsuxH1CUV

In my opinion she is the biggest soap icon not just in EastEnders but in Soap ever! I don’t think Dot will be going yet, she has years left but when the time comes her sendoff will be massive.

A third added: “I love wee dot in eastenders, heart will literally break if anything happens to her.”

One said Dot’s death would “break them” and bought back flashbacks of when Ethel died.

Many described her as a “soap icon”, with one lamenting: “Dot cotton isn’t just an Eastenders icon she is a soap drama icon across the UK. This is bigger than TV, this is more than an exit. This is a legend right here. Dot can’t die.”

June Brown MBE has appeared as Dot for more than 30 years, mainly working in the laundrette during that time.

Fans have seen the matriarch dragged to hell and back by her criminal son Nick Cotton and love the chain-smoking Christian for her caring ways.

Many of her devotees may currently be hoping that Dot’s belief that she’s dying is, in fact, another example of her famous hypochondria…

In real life, June has spoken openly about losing her eyesight.

Amazingly, the actress is 91.

Would you miss Dot Cotton? Leave us a comment on our Facebook page @EntertainmentDailyFix and let us know what you think!