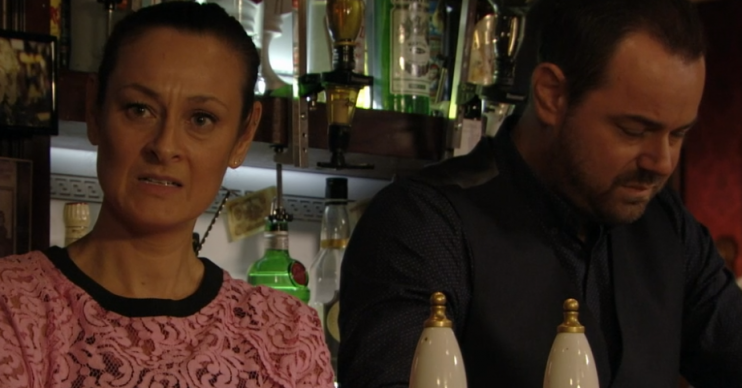 They are really worried for her

EastEnders fans are fearing they have spotted a clue that Tina Carter will be axed.

Viewers of the soap have accused bosses of not utilising actress Luisa Bradshaw-White in her role and not giving Tina a storyline of any note in years.

And because she hasn’t been at the forefront of the soap, they are terrified she will be quietly written out.

Fans took to DS Forums to share their worries.

One said: “I have a feeling that at some point she’ll be written out of the show. It seems that the producers can’t think of what storylines she can be involved in.”

A second said: “I honestly think Tina will be written out sooner rather than later, I am amazed Luisa Bradshaw-White is still in the show.

“She has been completely ignored by every producer who has run the show since November 2013.”

A third said: “I do think if they cannot think of a proper story, they may as well just axe her. She’s just an extra at this point.”

Others have begged bosses to bring her long-lost daughter Zsa Zsa back into the fold to give Tina something to do.

One said: “She works best as a supporting character. I would being back Zsa Zsa though.”

Another said: “Zsa Zsa needs to come back though, even a recast at this stage would be welcomed.”

What is Tina up to on-screen?

Tina has been very quiet of late.

Her last storyline was her quitting the Vic to become the manager of Kathy’s new gay bar the Prince Albert.

However Tina’s irresponsibility has seen her be unreliable for Kathy and yet she keeps her job.

She recently gave her blessing to Mick and Linda to sell the Vic so Linda could cope better in her alcoholism recovery.

Over her years in Walford Tina has been involved with Sonia Fowler, abused by girlfriend Tosh and drunkenly slept with a number of men despite being a lesbian.

Fans were convinced she was going to die in the boat disaster but in fact Dennis Watts died.

Do you think Tina should be axed? Leave us a comment on our Facebook page @EntertainmentDailyFix and let us know what you think!