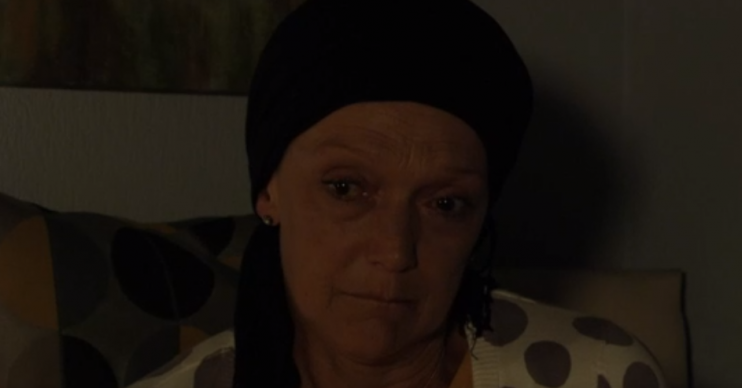 Fans of EastEnders fear Jean Slater will die soon as she made comment about ‘the beginning of the end’.

Viewers know Jean has been battling cancer for nearly a year and recently finished her chemotherapy.

Alongside being ill, she’s recently found out she, along with the rest of the Slater family, will have to move from 31 Albert Square.

Owner of the house Janine Butcher is selling the property to the Panesar brothers, who want the family to move out by New Year.

Jean talking about it being the beginning of the end, don’t let that be foreshadowing.

In last night’s episode (December 19 2019), Kush went to talk to Jean, where she was watching a farewell video of her friend Daniel, who she believes passed away.

When Kush said to her “you’re just having a down day, we all have those”, Jean replied saying: “Or maybe I’m tired. Or maybe this is how it feels, the beginning of the end.”

When Kush offered to get her a drink she said: “I just want to shut my eyes.”

Awww Jean dont say that, it cant be the end, we arent ready to say goodbye 😢 #eastenders

Jean talking about it being the beginning of the end, don’t let that be foreshadowing. #EastEnders

I’m not being funny but the day Jean dies, I will cry. #EastEnders

After their conversation, Jean continued to watch the video and in the background Kush could hear the radio talking about a football game he and Kat went to.

He then asked Jean when Daniel’s memorial was and he soon pieced together that Daniel could still be alive.

Fans know Jean struck up a friendship with Daniel, who also has cancer, and was heartbroken when she was told he had passed away.

However, recently Kush thought he spotted Daniel at the hospital when dropping something off for Jean’s friend.

After his conversation with Jean in last night’s episode, he found Daniel at the hospital.

Kush confronted Daniel about lying about his death, Daniel tried to make out he wanted Jean to leave him alone.

But he soon admitted he pretended to die to save Jean from further heartbreak, as he is dying.

Kush told Daniel how much Jean missed him but he didn’t want her to know that he was still alive.

Will Kush tell Jean the truth?