Fans of EastEnders fear that Chantelle Atkins is in danger after she stood up to her abusive husband Gray.

Over the past few months, viewers have seen Chantelle being physically abused by Gray, but he promised to get therapy for his anger after finding out Chantelle was pregnant with their third child.

However, a couple of weeks ago Chantelle had a miscarriage, but kept it secret from her husband.

In last night's episode of the soap (November 19 2019), Chantelle found out from Jack that Gray's fight in the club resulted in the other man having a broken nose and missing teeth.

Furious that he lied, Chantelle confronted her husband but when he started to grab her shoulders and shake her, she told him she was scared of him.

Later Gray took his wife to his therapy session, but she was soon disappointed when the therapist asked if he had ever been violent and he only admitted to the incident in the club, and not to the fact he regularly beat Chantelle. 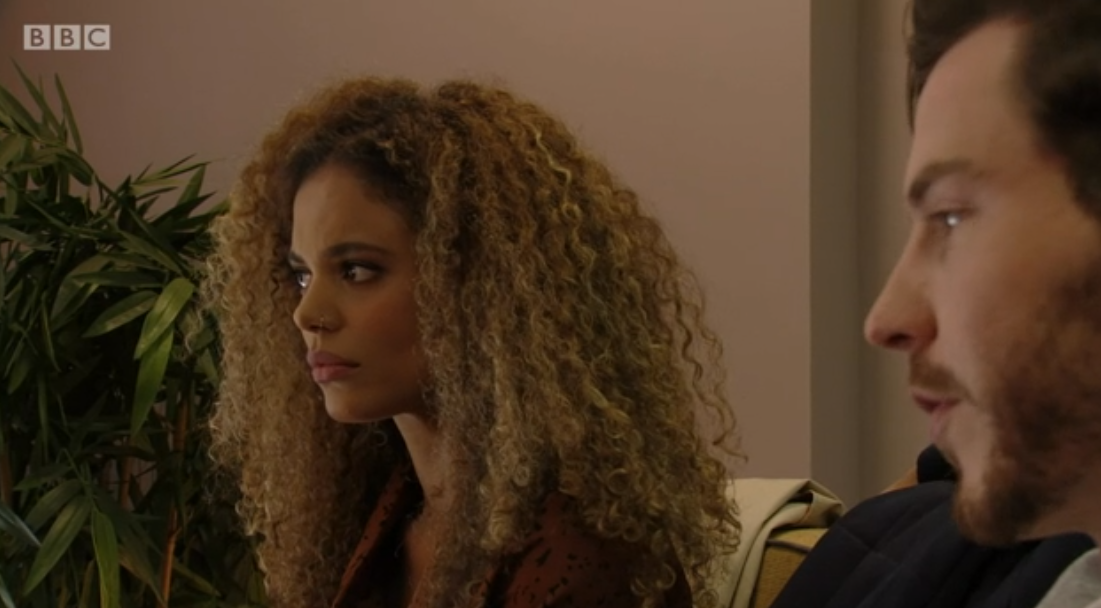 Back at home, Chantelle made it clear she wasn't happy with Gray and stood up for herself.

She told Gray that until he sorted himself out, there's no way they would be having another baby together.

Chantelle then proceeded to leave the house as she went to meet Whitney for a drink.

Although Chantelle started to stand up for herself, viewers fear she is in danger as some predicted Gray would either rape or kill her.

#EastEnders Gray's Going To Rape Chantelle, I Can See It Coming😡.

Also, no idea why people have the feeling Gray will murder Chantelle when she gets back home
I got more of a... Sexual abuse feel from Gray, he's desperate for a child and was dropping hints of going to the bedroom with Chantelle throughout the episode #EastEnders

I’ve got a bad feeling that the Chantelle/Gray story is about to get about a 1000x darker. #EastEnders