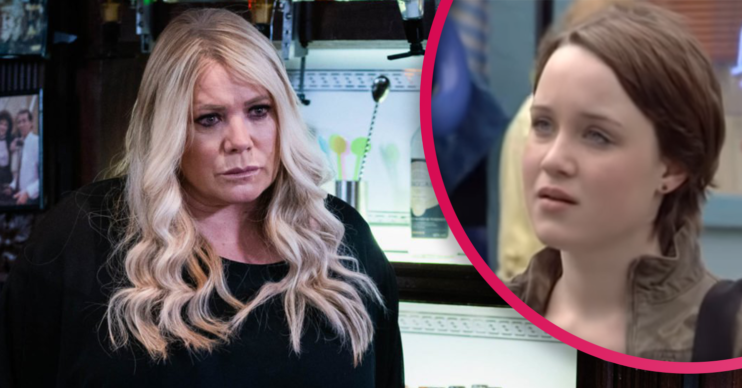 Vicki hasn't been seen in Walford since 2004

EastEnders fans are demanding the return of Vicki Fowler after her sister Sharon discovered her new brother Zack Hudson.

Vicki hasn’t been seen in Walford since fleeing for Australia in 2004.

She has been mentioned occasionally over the years, but remains in Australia with Alfie Moon’s brother Spencer.

Who is Vicki Fowler?

Born to Michelle Fowler after her tawdry one-night-stand with Sharon’s adopted father Dirty Den, Vicki is much younger than her sister.

Despite this they were always close and her arrival on the Square strengthened Sharon’s family bonds.

But now with Sharon discovering she has a brother through her biological father Gavin, fans want more.

Viewers watched this week as Zack revealed himself as Gavin’s son and left Sharon with a decision whether to call him or not.

So fans have called for the return of Vicki to surround Sharon with more members of her family.

“Sharon’s been back nine years, been under six producers but none of them even thought about bringing Vicki back for her.

“I don’t get the problem. Sharon needed her since Dennis died and then Denny.

“She’s definitely needed now that she’s away from the Mitchells. Last seen in 2004, Such a waste.”

A third said: “Now would be the right time with a brother just arriving.

“I really want Scarlett Johnson [the actress who played Vicki] back.

Read more: Jacqueline Jossa reveals her one condition to returning to EastEnders as Lauren Branning

“2003 Vicki is the one I grew up with, she had chemistry with Sharon, and scenes with Pauline, Den, Dennis, not everyone needs recasting.”

Another added: “Vicki is virtually a blank canvas.

“She’s a legacy character with links to the Watts, Beales and Fowlers. Sharon is more isolated than ever. It’s a no-brainer.”

What is Scarlett Johnson doing now?

She was last seen in ITV’s Good Karma Hospital.

The actress also works at one of Pauline Quirke’s acting academies.