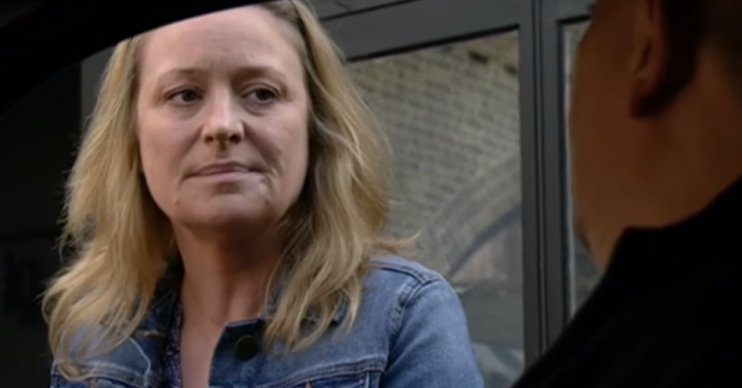 Fans of EastEnders have demanded Jane Beale returns to Walford after she was mentioned by Sharon Mitchell.

Ian and Sharon reminisced about when they were younger and had a crush on each other but Ian said they didn’t stay innocent for long because of the Mitchells.

Sharon then said: “You had your moments. Cindy, Laura, Mel.”

But Ian replied: “Yeah, but I reckon I let the good ones get away,” and Sharon asked: “Jane, you mean?”

Viewers have demanded Jane return to the soap after hearing her mentioned.

I adore these quieter moments between Sharon and Ian.

Jane was last seen in 2017 after Max Branning got her to leave Walford for good by threatening to have her adoptive son Bobby Beale hurt whilst he was in prison.

Lucy died in April 2014 from a head injury and was found dead on Walford Common.

For 10 months, viewers didn’t know who killed her but during a live week in February 2015, it was revealed Bobby had killed Lucy and when Jane discovered what he had done, she moved the body.

When the truth was revealed, the Beales tried to cover it up, especially as Bobby didn’t realise it was his attack that killed his sister.

However, he went onto attack Jane, severely injuring her and once in police custody, he admitted to killing his sister and attacking his mum.

Bobby returned to Albert Square earlier this year after being released from prison and viewers wanted to see his mother return with him, but she still hasn’t come back.

It was announced at the end of last year, Lucy’s twin and Bobby’s half-brother, Peter Beale, will be coming back to Walford, with Dayle Hudson taking over the role from Ben Hardy.

With the Beale family coming back together, and even Max and Bobby putting the past behind them and becoming friends, does this mean Jane is free to return to Walford?

Surely the time is right…