The BBC soap recently introduced a storyline in which matriarch Karen started dating a woman - her first same sex-relationship. 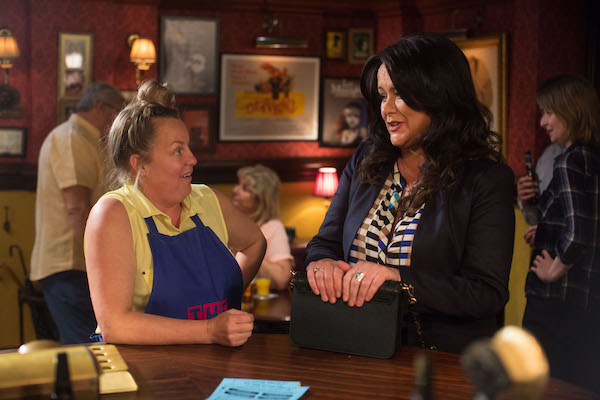 But some fans believe the plot is "stereotypical" and "offensive".

Viewers know that unlucky-in-love Karen got chatted up by Caren - played by Amy Robbins - at Gay Pride several weeks ago.

And when Caren suggested a date, Karen being Karen thought 'well, why not?'. 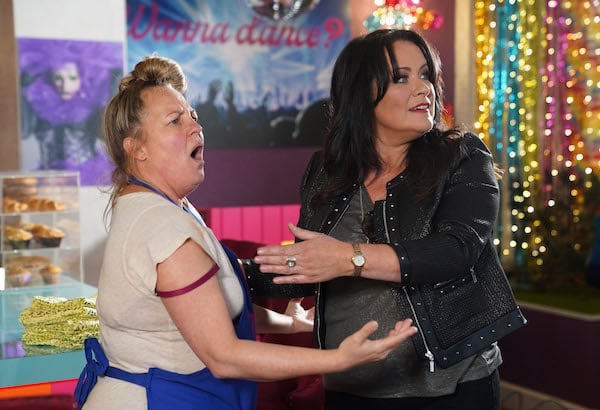 A match made in heaven or an offensive plot device? (Credit: BBC)

Read more: EastEnders viewers question why Sharon didn't use a shredder to get rid of DNA results

The soap has since explored a gay storyline for Karen, who has previously had six children with four different men.

Last week, Karen told her shocked family she was seeing someone new.

This storyline is entirely pointless and honestly a little bit offensive.

But while some fans have enjoyed the 'hilarious' plot, others have slammed it for being a "bad joke". Writing on Digital Spy Forums, one viewer wrote: "Is Karen's lesbian storyline meant to be serious or a joke? I honestly can't tell.

"It comes across as a joke with Karen embracing all the stereotypes and it feels like in about a week or two she's going to turn around and say women just aren't for her. In which case, this storyline is entirely pointless and honestly a little bit offensive."

The disgruntled fan continued: "A storyline about someone being open-minded about their sexuality and wanting to explore but ultimately concluding that they are in fact straight would be alright, if done right. But this doesn't feel like that."

The forum user went on to say it was a "shame" as "Karen actually would have been a suitable character for a coming out story where someone who's spent their whole life in relationships with the opposite sex realises that they're gay". Karen and her ex-Mitch (Credit: BBC)

Another agreed, writing: "It's obviously meant as a joke and a bad one at that. Them having the same name just with a different spelling is part of the bad joke. They always use Karen for gigs like this."

A third said: "I think it's meant to be an attempt at humour except, in my opinion, it isn't funny. Karen's lesbian storyline is currently the weakest story in EastEnders."

"The ridiculous scenes of Karen strutting around gurning in her dungarees (because all lesbians wear dungarees) were appalling," added another. "Will she be getting her head shaved next? It's so embarrassingly bad."

One unamused soap fan said: "It is coming across offensive and that she is leading Caren on." 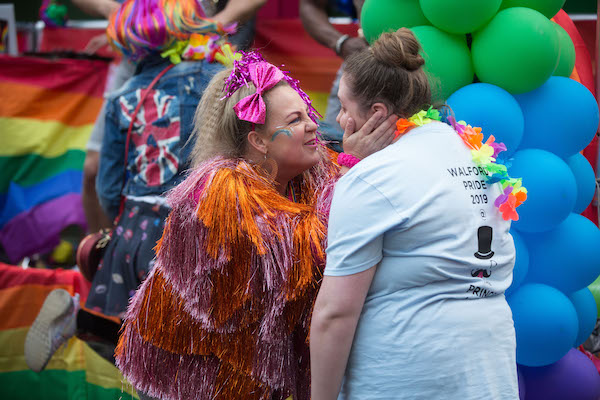 Karen and her daughter Bernadette, who is actually gay (Credit: BBC)

Others suggested that the viewer "hardly ever sees Caren" which answers the question that it's not a real relationship, with one saying it's a "bit of slap in the face to Bernie and her storyline".

Viewers know that Karen's daughter Bernadette has struggled with her sexuality after realising she was gay.

Are Karen's feelings genuine? What do you think?

Are you enjoying Karen's storyline? Leave us a comment on our Facebook page @EntertainmentDailyFix and let us know what you think!