Walford has a hot new couple, and EastEnders fans are  TOTALLY into them.

After weeks of lingering looks and tension you could cut with a knife, Ben Mitchell and Callum Highway finally shared an 'electrifying' kiss last night (June 6). 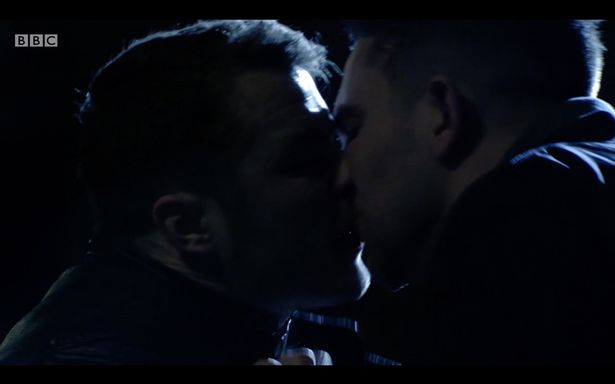 Ben and Callum share their first - but probably not their last - kiss in EastEnders (Credit: BBC)

The chemistry between the pair has been growing since Ben's return to Albert Square, and Ben was the first to guess that Callum is secretly gay.

On Thursday, the pair were seen having a very heated conversation - before they finally gave in to their passions and snogged each other's faces off!

The camera eventually panned away as the pair started ripping each other's clothes off in the park, before falling on the grass together. 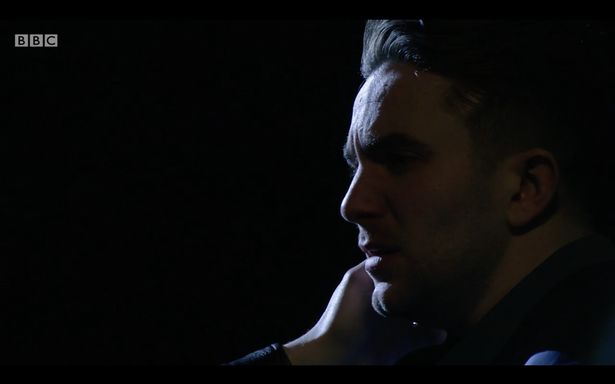 The kiss came after emotional scenes between the pair.

Callum broke down in tears after admitting he felt lonely in his relationship with Whitney, and Ben opened up about being bullied for his sexuality throughout his life and his dead ex Paul Coker.

That last scene with Ben and Callum... It was emotional, intense and electric.

Callum, aka Halfway, said: "I've got a flat, I've got a girl, I've got everything. So why do I feel so lonely?

"I'm so tired of feeling lonely." 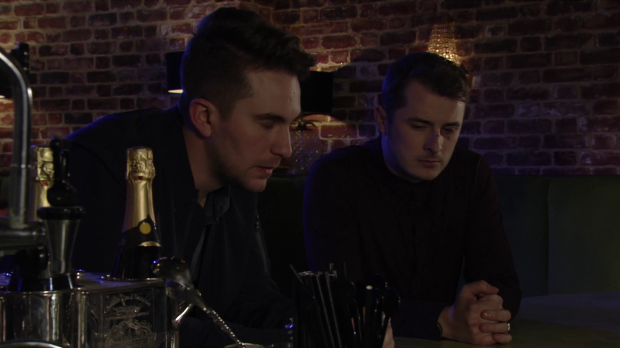 This relationship is set to cause fireworks (Credit: BBC)

Sharing a moment of understanding, Ben wiped away Callum's tears and the couple became official.

And fans LOVED the union.

Another said: "That last scene with Ben and Callum... It was emotional, intense and electric! And I loved the way it was filmed, especially the kiss. I was watching with baited breath! Great job to everyone involved!"

A third typed: "That scene was incredibly electrifying. I so want Ben and Callum to work out."

That scene was incredibly electrifying. I so want Ben and Callum to work out ❤️ #eastenders

YAS BEN AND CALLUM ARE SAILING!
WOOP WOOP! I KNEW THEY WERE GONNA KISS.

Pride month is starting off the right way!

I didn't know what i'd think at first of them two, but holy crap i'm HOOKED!

WHAT IS THEIR SHIP NAME?

Just wow @bbceastenders. The chemistry between Ben @MaxBowden and Callum @tony_clay76 is electric and that last scene was just incredible. Well done to all involved, I can't wait to see where this goes! #Ballum

That last scene with Ben and Callum... It was emotional, intense and electric! And I loved the way it was filmed, especially the kiss. I was watching with baited breath! Great job to everyone involved! #EastEnders #Ballum

Love the tension between Callum and Ben! 😃 🔥 #EastEnders

Fans have even compared the coupling to Emmerdale's popular gay couple Robron, and have declared the pair 'Ballum'.

But the couple have a mountain of obstacles in their way... For starters, Callum is dating Whitney!

And his big brother Stuart won't take too kindly to him coming out as gay...

Spoilers tell us that Halfway soon proposes to Whitney, so it looks like the 'Ballum' fans won't be getting their way for a while!