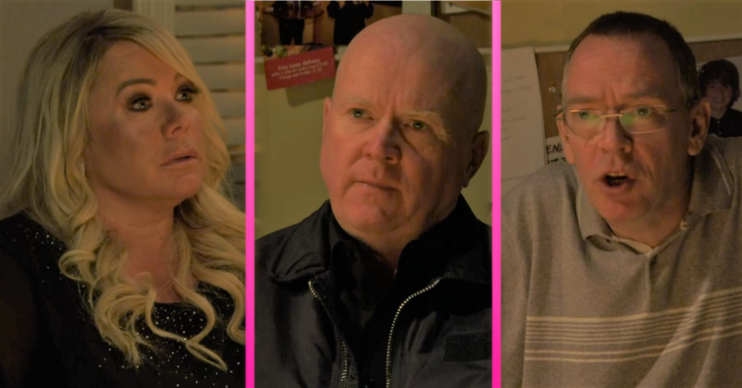 Dotty told Sharon that Ian was responsible for Dennis's death

EastEnders fans have a new theory that suggests Sharon and Phil are secretly plotting revenge against Ian for Dennis’s death.

Back in February, Ian locked Dennis in a room on the boat that was hosting a party for The Queen Vic. But disaster struck when the boat crashed.

Ian attempted to save Dennis, however the teenager ended up drowning. Later, Dotty discovered what Ian had done when she heard a voicemail Dennis left Ian begging him to let him out.

When EastEnders returned after a break off air in September, Dotty told Sharon about Ian involvement in Dennis’s death. But she didn’t believe her and threw her out of The Queen Vic.

However in last night’s episode (Thursday November 19), Sharon decided to give Phil an alibi after the police tried to arrest him for his involvement in the car heist.

Afterwards Sharon and Phil went upstairs to have a private conversation. Meanwhile Ian was left baffled as to why Sharon would give her ex-husband an alibi and tried to listen in on their chat.

But viewers think there’s a reason they didn’t get to see Sharon and Phil’s conversation – they are secretly plotting her revenge against Ian.

Wait, remember back when the whole Sharon throwing dotty out of the vic thing happened, and we all theorised that she and dotty had maybe had a scene after that was cut?

WHAT IF SHARON HAS BEEN PLAYING IAN ALL THIS TIME#EastEnders

I felt it was on purpose to not show us what they were talking about.

Recently EastEnders fans predicted Ian Beale would be involved in a ‘whodunit’ storyline.

Over recent months, the character has made a few enemies on Albert Square. And actor Adam Woodyatt will be taking a break from the soap next year in order to star in the stage show Looking Good Dead.

Do you think Sharon could be plotting revenge on Ian?