Emma Barton has revealed her devastation at losing her beloved grandmother earlier this year.

The EastEnders star has told of her upset at her grandmother not being able to see her appear on Strictly Come Dancing this month.

The 42-year-old actress - who is best known for playing Honey Mitchell in the BBC soap - has revealed she plans to honour her beloved grandmother during her time on the BBC programme.

She told the Daily Star Sunday: "I lost my nan at the beginning of the year. She would have loved to see me on Strictly. She loved the show. I just wish she was alive.

"It's the only bit of this experience that I'm upset about. She was really supportive of everything I've done."

Emma explained that she'll be thinking of her grandmother when she takes to the floor on Strictly.

I will be doing it for her.

She said: "I will 100 percent be thinking about her when I'm dancing, of course. I will be doing it for her."

Emma is following in the footsteps of other EastEnders actors who have appeared - and thrived - on Strictly. 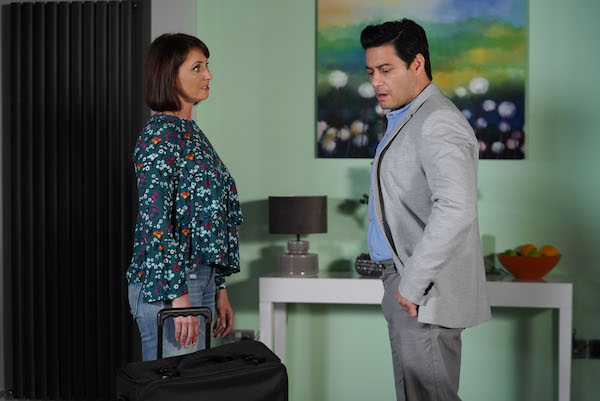 And she's admitted to feeling under pressure to match their performances.

However, Emma also revealed the likes of other soap favourites who have appeared on the dance floor - such as Kara Tointon, Jill Halfpenny, Scott Maslen, Jake Wood and Kellie Bright - have all been giving her support and tips.

It's time to meet @theemmabarton, who's ready to swap Walford for Waltzing. 💃🏻 See you on the #Strictly dancefloor very soon!

How do you think Emma will do on Strictly? Leave us a comment on our Facebook page @EntertainmentDailyFix and let us know what you think!