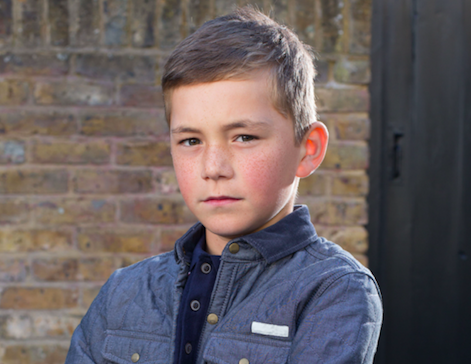 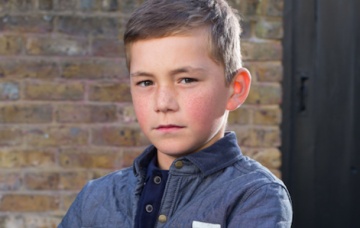 EastEnders fans were left sickened and horrified this week as Sharon Mitchell appeared to put her son’s life in jeopardy.

Viewers couldn’t believe their eyes and ears as cheat Sharon told a series of lies to protect her relationship with young lover Keanu Taylor.

In cringe-worthy scenes on Thursday, Sharon tried desperately to convince Louise that she wasn’t having an affair with Keanu (even though she is).

With Louise on the warpath and determined to find out the truth, Sharon insisted that Keanu had been her personal trainer.

Not her lover. In a bid to convince Louise, Sharon did the unthinkable in some people’s eyes when she swore on her son’s life that she hadn’t been having an affair.

Read more: EastEnders cast fear axe from Kate Oates “Promise me. Promise me there’s been nothing going on,” said Louise.

“Oh Louise how many times do I have to say? You can get me a bible if you have to,” replied Sharon. “Swear it,” Louise insisted.

Viewers were disgusted that Sharon could have jinxed her son’s life and saw the lie as a major red flag to a future storyline.

One predicted: “That’s Denny dead then #Eastenders.” Another said: “I promise on my son’s life. Well we all know who’s getting killed off at Xmas.”

A third suggested Sharon was “setting Denny up for a Xmas exit”. Others simply described Sharon’s actions as “sick”.

Another long-time viewer remembered Sharon doing the exact thing before, tweeting: “I’m thinking Sharon has cursed Denny like she did with Den.

She swore on Den’s life and eight weeks later he was murdered. They making me dislike Sharon and I hate it. I want her to be empowering me. This ain’t doing it.”

Other fans were quick to point out that Sharon swore on her “son’s life” and not Denny’s, sparking conspiracy theories that Denny isn’t actually her son… Or even that she’s pregnant with another child! One pondered: “Sharon swore on her sons life, Not Denny – Another twist!?” Another commented: “Waitaminute! Sharon said on her son’s life.  She didn’t say, ‘On Denny’s life’.”

A third posted a picture of pregnant test – eek!

Whether her lie results in Denny being killed off or not, no one can deny that it’s pretty shady behaviour from Shazza. And we have a feeling Phil might be planning a few funerals when he finds out about the affair, too! What do you think of Sharon Mitchell’s behaviour? Leave us a comment on our Facebook page @EntertainmentDailyFix and let us know what you think!