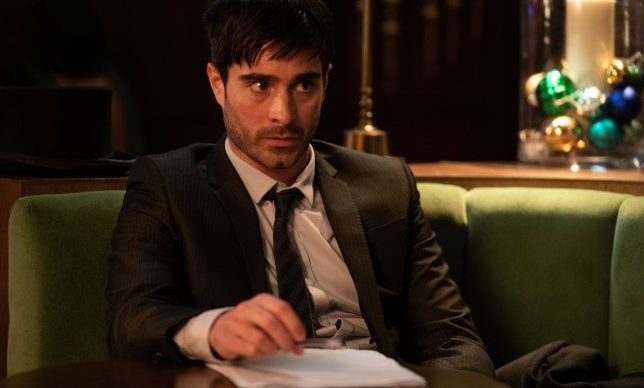 EastEnders, Corrie, Emmerdale and Hollyoaks have the exact same plot

Each soap has the same story currently running on screen

Soaps are known to sometimes end up tackling the same sorts of storylines around the same time.

But eagle-eyed soap fans have noticed that all four major soaps in the UK are currently airing the exact same storyline at once.

Coronation Street, EastEnders, Emmerdale and Hollyoaks are all running a version of a secret child returning for revenge as an adult.

In Coronation Street Jade is currently unleashing hell on her unsuspecting former step-mum Fiz Stape by trying to get her daughter Hope taken away from her.

Likewise in EastEnders Leo King turned up in Albert Square wanting revenge on behalf of his dad, paedophile Tony King.

He hatched a bizarre plan to infiltrate Tony’s victim Whitney Dean’s life and trick her into making a false confession that she lied about what Tony did.

Leo’s plan ultimately failed and backfired when he realised Whitney had been telling the truth, something that happened in Emmerdale.

Over in Emmerdale Nate Robinson embedded himself in his biological father Cain Dingle’s life and took revenge by seducing his wife Moira.

He caused the breakup of their relationship that has pushed Moira to the bottle after losing custody of her children to Cain.

Nate is now trying to get to know his family, while Cain remains steadfast in rejecting the son he never knew he had.

Read more: Coronation Street’s Cathy to save Yasmeen from Geoff?

His mum Martine was forced to give him up at birth for reasons unknown and now he’s back and wants revenge against the family who abandoned him – sound familiar?

Perhaps there could be a crossover of all the soaps for a therapy group to help vengeful secret children?

Did you spot the similiarities of the storylines? Leave us a comment on our Facebook page @EntertainmentDailyFix and let us know what you think!