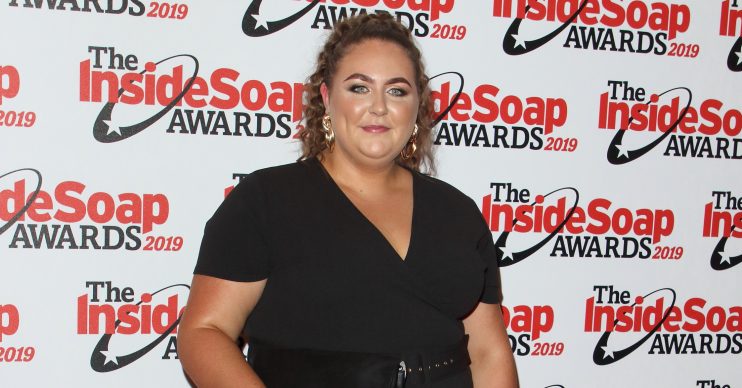 Actress Clair Norris, who plays Bernadette Taylor in EastEnders, has posted a loved-up picture with her boyfriend Lewis.

The pair celebrated New Year’s Eve with friends and Clair, looking stunning in a sparkling playsuit, shared a gorgeous photo of her laughing with Lewis.

She captioned the shot: “Alexa…Play Stephanie Mills, Never Knew A Love Like This Before.” Aw!

Alexa…play Stephanie Mills, Never Knew Love Like This Before 🎵🖤 #hny2020

“Beautiful photo of you both as always,” wrote another.

Alexa…Play Stephanie Mills, Never Knew A Love Like This Before.

Clair, 22, and Lewis have been dating for over a year and certainly appear very much in love.

Over the summer she shared sunkissed pictures of the pair enjoying a holiday to Cyprus together.

Earlier this week Clair shared a gallery of pics from New Year’s Eve captioned: “Starting the New Year with my family.”

Starting The New Year With My Family 💕💕💕

Clair had quite the December of celebrations. She attened co-star Jasmine Armfield’s 21st birthday celebrations.

And she also celebrated her own birthday on December 30 by having a meal with Lewis.

Clair joined EastEnders in 2017 as Bernadette, one of Karen Taylor’s children.

On New Year’s Eve 2018, Bernie came out to Karen, but unfortunately she hasn’t been lucky in love.