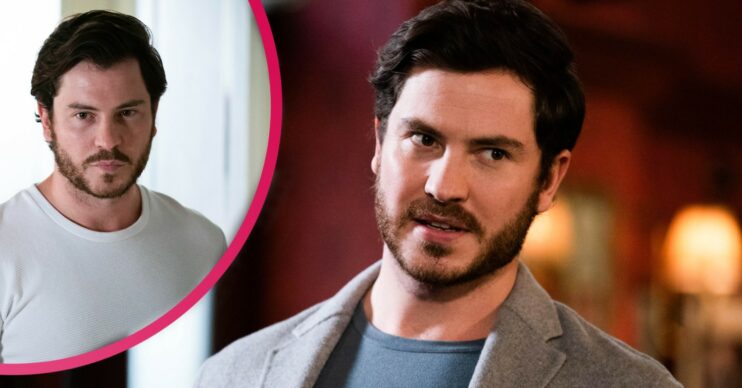 In pictures obtained by The Sun, Gray is outside the church with Taylor and Baker family also in attendance.

According to the publication the cast and crew are filming Jack and Denise’s wedding. However in a turn of events, Gray is also the groom for the second ceremony on the same day.

But it sounds like it won’t all go to plan as it’s been reported Gray will be jilted by his mystery bride and his rage is on the brink of being exposed.

It has not been confirmed who Gray will be marrying.

Recently Gray has began seeing Whitney Dean, who has been helping him out with his kids since Chantelle’s murder.

However Gray is unaware that his ex-girlfriend, Chelsea Fox, is pregnant with his child.

How many people has Gray killed?

Fans know that Gray murdered his first wife Chantelle after discovering her plan to leave him and take the kids.

After pushing her onto the dishwasher, which had an upward-facing knife, he made her death look like an accident.

He went on to kill his lodger, Tina Carter, who discovered he murdered Chantelle. However fans have a theory that Tina didn’t really die and will return at Christmas to expose him.

Read more: Miscarriage and me: Tamzin Outhwaite ‘felt sense of shame’  when she miscarried ‘many babies’

More recently he killed Kush Kazemi. Kush planned to leave Walford to go to Dubai with his son Arthur and fiancée Whitney in order to escape the Mitchell family.

However when Whitney took Arthur to the toilet at the tube station, Gray came onto the platform and began fighting with Kush for taking Whitney away.

Gray ended up pushing Kush in front of a tube, killing him.

Will the truth come out?