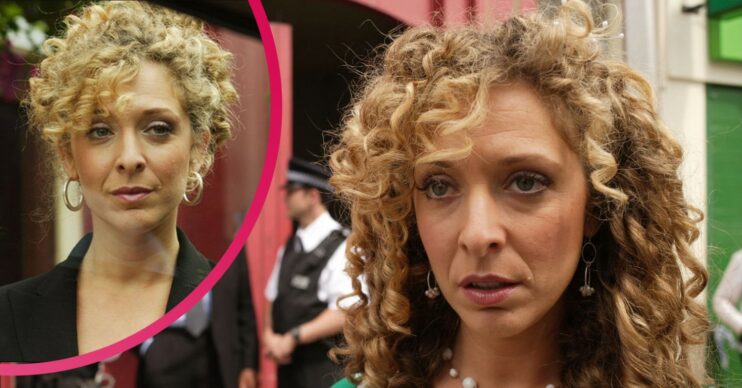 Chrissie could be set for a comeback

EastEnders fans have spotted a clue that legendary villain Chrissie Watts is returning to Walford.

Actress Tracy Ann Oberman shared a tweet suggesting her comeback is on the cards.

In 2005, Dirty Den’s second wife Chrissie was charged with his murder and pleaded guilty to the crime. And she’s been locked up ever since.

Tweeting directly at him, she wrote: “Hi Chris can you give me a follow please.”

Fans immediately went into overdrive with the prospect of a Chrissie Watts return. Especially with Sam Mitchell back now too.

A second said: “Chrissie will be back by the end of 2022 you heard it here first #EastEnders.”

Actress Tracy Ann previously opened up about her willingness to return to the soap.

She told Good Morning Britain in 2019 that she is definitely up for a comeback.

She said: “You never say never. When that phone call comes… She’s done [more time in prison] than most actual murderers!”

Talking of the fans’ fondness for the character and demands for her return, she went on to say: “I think it’s humbling.

“EastEnders is an incredible experience and to be part of this iconic show, and then also to have been part of murdering Dirty Den was very exciting.

“So I’ll take it as a compliment.

“She made an impact with people, that character. It was beautifully written. So I do think it’s great to have had a character who made that much of an impact.”

Do you want Chrissie return for a showdown with Sharon? Or a rematch against Sam Mitchell?