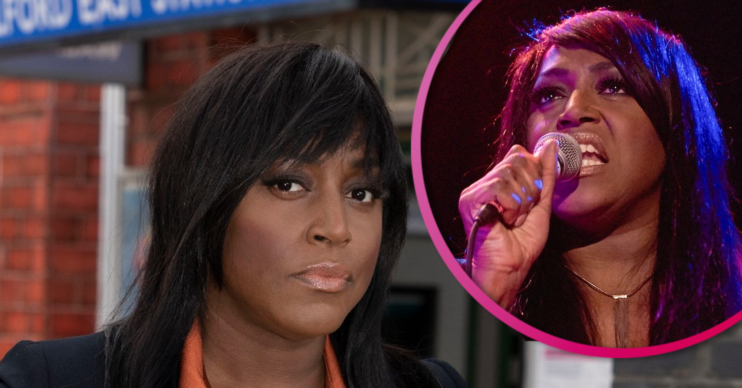 She will make her first appearance next month

EastEnders has cast Mica Paris as new character Ellie Nixon for a stint on the soap.

Mica, who is a well known British singer, actress and presenter, began filming scenes in the summer and will be introduced when the show returns in September.

Her character Ellie is a wolf in sheep’s clothing, far more than her warm-hearted facade lets on.

With a surprising connection to Walford residents, her prowess for playing roles in order to get what she wants shouldn’t be underestimated.

As one of the UK’s most respected singers, Mica has extended her talents to broadcasting and acting.

Her musical theatre credits include Fame in the West End, Love Me Tender and Chicago. She wrote a book called Beautiful Within.

Mica has also been honoured as an ‘Icon’ as Windsor Castle by the Duke Of Edinburgh.

What did Mica Paris say on joining EastEnders?

On her arrival, Mica said: “I am absolutely over the moon to be in EastEnders. I have been a fan since its first episode with Susan Tully being my favourite.

“My character the formidable Ellie Nixon, is a new frontier for me as an actress – a lot of folks will see me as never before.”

I am absolutely over the moon to be in EastEnders.

“Ellie proves herself to be a ruthless and uncompromising force to nature who stops at nothing to ensure she capitalises on whatever she can.

“The part demanded both charisma and presence and having seen Mica on stage, she was the first person who came to mind for this role.

He added: “We can wait for the audience to meet Ellie and the mystery that surrounds her.”

Are you looking forward to Mica’s stint in EastEnders? Leave us a comment on our Facebook page @EntertainmentDailyFix and let us know what you think of this story.