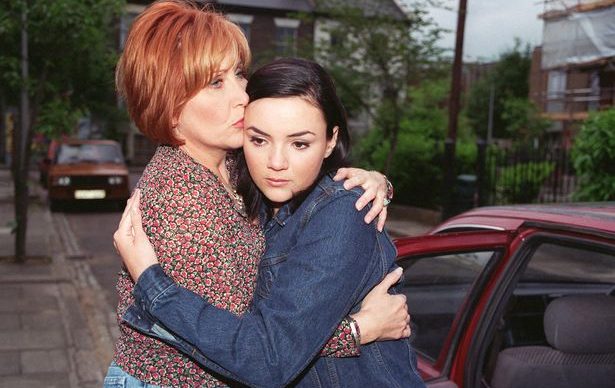 The actress played Louise Raymond for a year on the soap

Former EastEnders star Carol Harrison has claimed she was left feeling suicidal after working on the soap.

Speaking out after June Brown revealed she had quit the soap, Carol, who played Tiffany’s mum Louise Raymond, said sexist attitudes on the soap led her to the brink of a breakdown.

The actress, who was axed from the show in 1990, said she had had seven crunch meetings with bosses over the storylines they had given her then 40-year-old character.

Speaking the The People, Carol claims bosses told her they “didn’t care about women over 40” after she complained about scenes she thought were “ageist and misogynistic”.

Scenes included her 40-year-old character being called a granny by a 35-year-old man.

But after seven meetings with executives to try and find a way forward, Carol said it became “toxic”.

“My relationships with them became toxic and I started feeling ill. It left me shocked at how ageist and misogynistic they were. They told me to just get on with it and be grateful.”

She added: “I did have suicidal thoughts but never let them go beyond that.”

Carol also revealed the stress of it all left her putting weight on, and suffering horrifying blackouts on set.

She was left on antidepressants and in therapy in an effort to combat the stressful effects it had on her.

And for years, she said, she felt like a has-been over her treatment and it was only recently that she felt able to return to performing in play The Thundergirls.

Carol revealed she was speaking out after the news June Brown quit the soap over her unhappiness with stories, something Carol called “ageism”.

June, 93, revealed she had quit the show last month on a podcast, saying: “I don’t want a retainer for EastEnders, I’ve left. I’ve left for good.