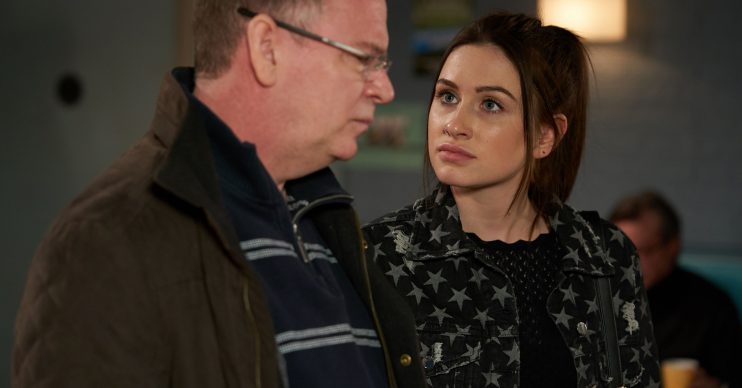 The soap is airing two episodes a week

EastEnders bosses are “still working hard” on storylines during the coronavirus pandemic.

Producer Jon Sen has reassured fans on social media after it was confirmed the BBC soap was shutting down filming. He also revealed work hasn’t stopped behind the scenes.

Taking to Twitter, he wrote: “Thank you for all your messages.

“Just to let you know that after the news last week that we are postponing filming, we are still working hard behind the scenes planning stories for when we return.”

Thank for all your messages. Just to let you know that after the news last week that we are postponing filming, we are all still working hard behind the scenes planning stories for when we return. #eastenders

His comments come after the soap confirmed plans to halt production during the global crisis.

Meanwhile episodes are currently being broadcast on a reduced schedule.

When is EastEnders on?

A previous statement read: “In light of the spread of Covid-19, after much consideration, it has been decided that filming on EastEnders will be postponed until further notice.

It was also revealed episodes would be cut from four a week down to two.

We are still working hard behind the scenes planning stories for when we return.

EastEnders episodes are currently airing on Mondays at 8pm and Tuesdays at 7:30pm.

What other soaps have changed?

ITV has confirmed they are shutting down production of Emmerdale and Coronation Street.

However, fans will still be able to watch the show at least through the early summer due to a reduced schedule.

The previous statement read: “ITV has sadly taken the decision to suspend production of the soaps Coronation Street and Emmerdale with effect from Monday 23 March.

“We’ve been doing our best to carry on filming, whilst adhering to the government’s latest health guidelines, to ensure we have episodes on both soaps airing on ITV until at least the early summer.”

Emmerdale and Corrie will air three episodes a week.

Emmerdale airs at 7pm on Mondays, Wednesdays and Thursdays. Coronation Street will follow at 7:30pm.

Has your work been shut down? Leave us a comment on our Facebook page @EntertainmentDailyFix and let us know what you think of this story.