The veteran character, played by Perry Fenwick, is currently embroiled in an uncomfortable storyline with his ex Honey and her new love, Jay.

In an exchange with Phil Mitchell, shocked viewers couldn’t believe it when Billy revealed his age.

And it’s much older than they thought.

What age is Billy Mitchell in EastEnders?

Billy was in a sulk after Honey and Jay went public with their relationship.

And, after he smashed up Jay’s stall in protest, he went grovelling to Phil to beg for help.

Phil chided him, saying: “Look at yourself, a 60-year-old and you’re a mess.”

Phil added: “What have you got to show for it? Honey was the only good thing to happen to you and you managed to screw that up.”

That’s when viewers took to social media to register their surprise.

#EastEnders Billy really 61? He looks the same as he did 30 years ago!

Billy’s 61? That is absolutely mental 🤯🙃 #EastEnders

NO CHANCE is our billy Mitchell 61 years of age. Is it just me who genuinely thought he was 19? Plot twist of the century #EastEnders pic.twitter.com/d9I4V7fpgi

He looks the same as he did 30 years ago!

“Billy is 61? What #EastEnders?” another chimed in.

Finally, one viewer wrote: “Watched #EastEnders lol Phil was not very sympathetic to Billy and Billy is wow.”

What happened to Billy and Honey?

There was a tense stand-off between Honey and Billy after her ex found out about her new relationship with Jay.

“He’s young enough to be your son,” harrumphed Billy.

But Honey – mum to Billy’s two kids – hit back, saying: “Like I’m young enough to be your daughter!”

The two split when Billy admitted to a one-night stand with Tina.

What’s going to happen to Billy?

After ruining Honey’s announcement about Jay to their kids, all roads point to Billy becoming a drug dealer.

Reports suggest that Billy goes to Vinny to ask him about selling drugs.

After receiving a package to sell, Billy assures Vinny he knows what he’s doing.

However, this is Billy and viewers know nothing ever goes to plan for him.

The big question is whether he will go through with it and fully turn to the darkside. 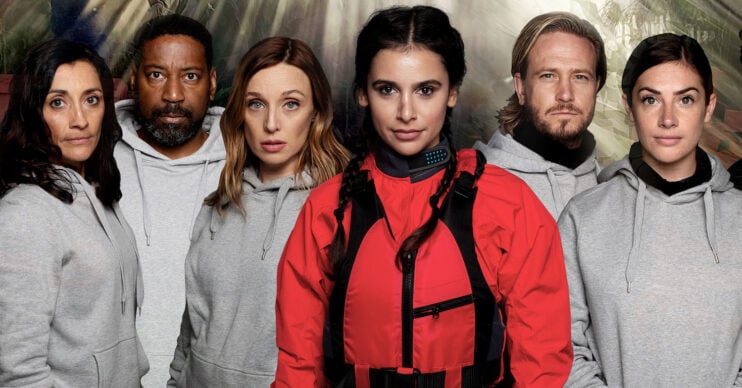