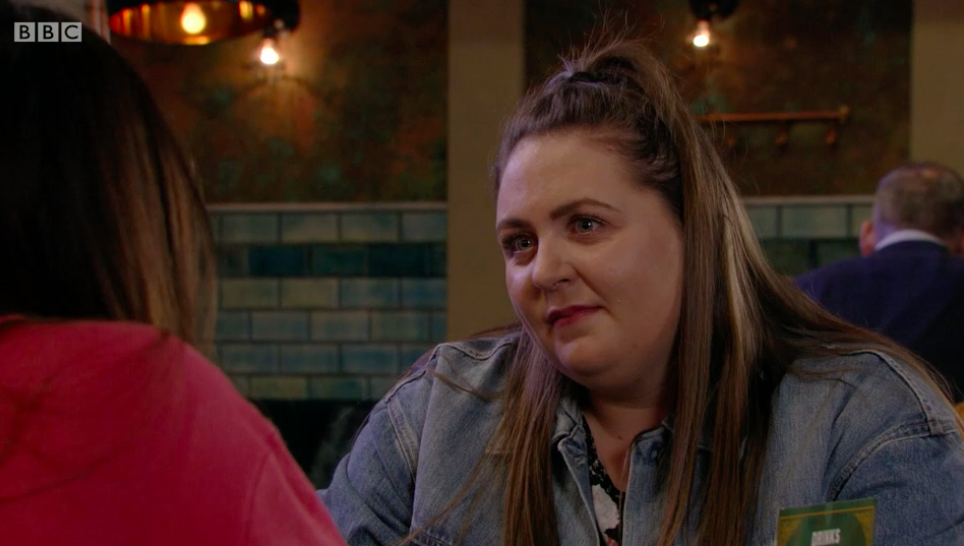 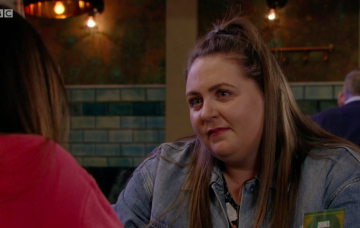 EastEnders fans fear Bernie is being set up by Evie

EastEnders fans are convinced Bernie Taylor is being set up by evil Evie.

In last night’s episode Bernie was stood up for her date in Walford East by the girl she was meant to be on a date with.

Luckily for the teenager, Habiba Ahmed was there to make sure she was OK after a cringeworthy first meeting where she was mistaken for Bernie’s date.

“Sorry if I kept you waiting,” said Bernie as she sat down and spoke a mile a minute at Habiba.

“I was just nervous, but it must be so much much more nerve-wracking for you.

“I get it now. Why you put yourself on the dating site and didn’t use photos. You didn’t want your family to see, right?

“Sorry I didn’t mean to assume your family weren’t happy about you being gay. If I looked like you I’d have my photos everywhere.

“Sorry I didn’t even ask your real name, I’m Bernie.”

But as she finally took a breath and gave Habiba a chance to reply, viewers were cringing when Habiba told her the truth.

“I’m Habiba but I’m sorry Bernie I’m not your date,” she said.

And even though Habiba’s response was positive and she tried to make Bernie feel better, outside Tiffany was cornered by Evie who convinced her to not wait for Bernie and to leave with her.

It has viewers convinced Evie was setting Bernie up in a horrible plan to hurt her.

One said: “The girl who stood Bernie up off the dating site is Evie I reckon #Eastenders”

A second said: “Why do I think it’s Evie that’s made the fake profile and she’s going to message Bernie in a minute and say she’s not coming #EastEnders”

A third said: “Is Bernie being catfished by Evie? #EastEnders”

Another said: “I see Bernie getting stitched up on line by Evie #Eastenders”

A fifth said: “Have a feeling that the girl who Bernie is talking to is Evie.”

Do you think Evie is setting Bernie up? Leave us a comment on our Facebook page @EntertainmentDailyFix and let us know what you think!