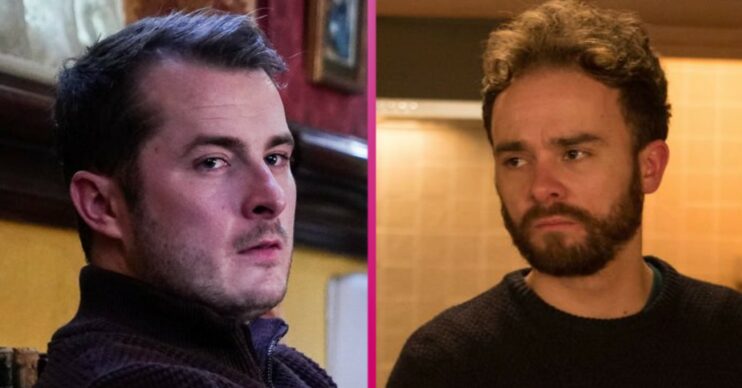 EastEnders fans have hit out at the soap and accused it of copying Coronation Street with its Ben Mitchell storyline.

The BBC soap announced this weekend that it would soon address the issue of male rape.

Ben Mitchell – played by father-to-be Max Bowden – will become the victim of rape by The Albert’s bar manager Lewis in a hard-hitting storyline.

Soap bosses have worked with specialist charities on the storyline that will air in the spring.

However, fans have accused the soap of copying Coronation Street’s storyline from 2018 that saw David Platt raped by Josh Tucker.

Read more: Emmerdale vs EastEnders vs Coronation Street: Which soap is winning 2022 so far?

One said: “For goodness sake wishes these writers would come up with something more original, this has been done before in Corrie??!!”

A second said: “We’ve been down this road in Corrie with David and Josh.”

A third asked: “Copying Corrie again. Can’t they write their own storylines.”

Another commented: “Kate Oates [EastEnders boss] repeating another storyline she did at another soap.”

A fifth said: “I don’t know what I’m angrier about.

“The fact the storyline is a ploy to make us feel sorry for human trafficker, murder & all round narcissist Ben Mitchell or fact Kate Oates keeps getting away with same storylines every soap she goes to.”

Another said: “Copying Coronation Street. Ben’s been through enough..that’s why I don’t watch it.”

However, other fans defended the soap from the accusations.

It was only a matter of time before EastEnders covered this storyline, even if they are behind with the times.

“I disagree with those saying EE are copying other soaps,” said one.

“All soaps emulate each other at some point. Soaps are there to reflect real life and male rape is unfortunately one of those things that happens in the toxic would we live in.

“It was only a matter of time before EastEnders covered this storyline, even if they are behind with the times.

“There will always be stories where another soap did it first. This also applies to Hollyoaks, Corrie, Emmerdale.”