Dame Barbara was diagnosed with the illness in 2014. 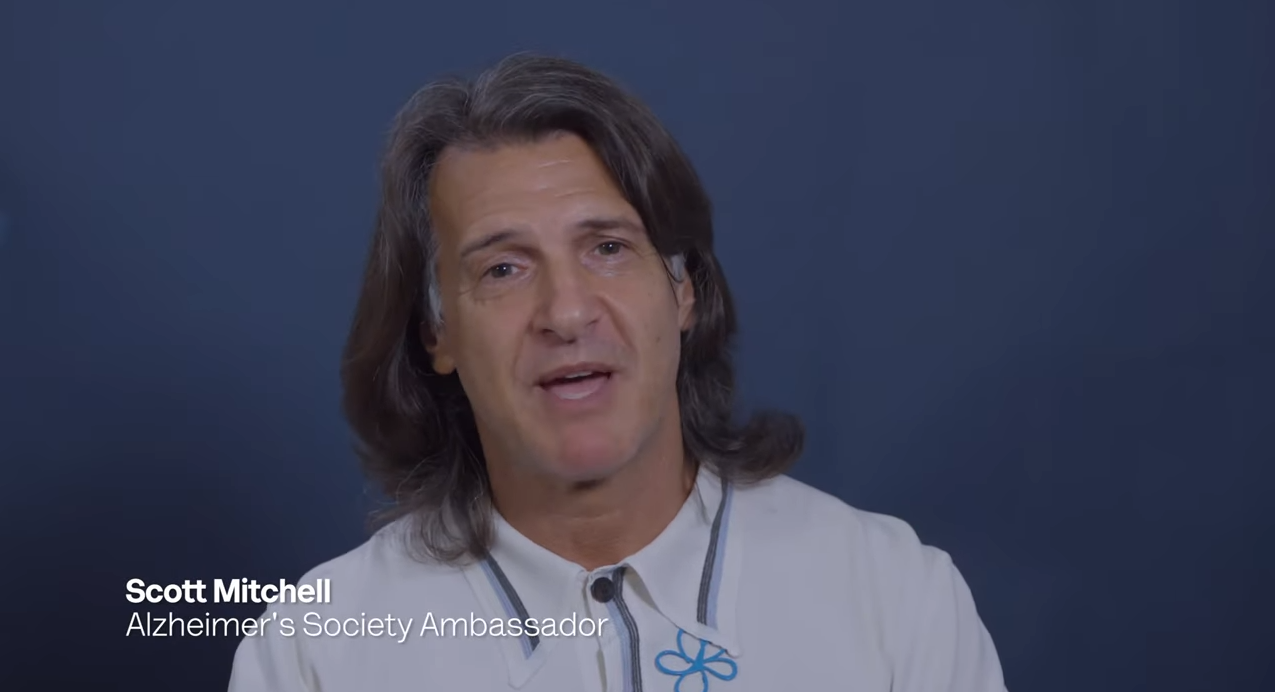 As part of their new role, Scott and Barbara have written an open letter to new prime minister Boris Johnson calling on him to sort out dementia care once and for all.

In a new YouTube video, the couple ask the public to join them in signing the letter before it's delivered to 10 Downing Street in September.

With one million people in the UK expected to be diagnosed with dementia by 2021, it's one of the biggest health care challenges we face.

According to the Alzhemier's Society people with dementia and their families have to spend an average of £100,000 to receive adequate care.

The Alzhemier's Society's Fix Dementia Care campaign was launched in 2016 calling on the government to provide a long-term funding solution to the crisis. 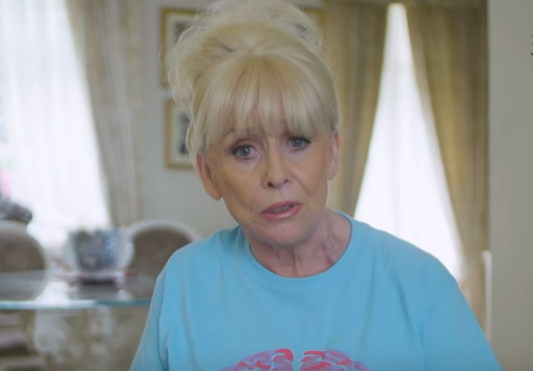 Scott ran the London Marathon earlier this year along with some of Barbara's former co-stars, for Dementia Revolution, a campaign that raised over £3million for vital research.

Speaking about her new role, Dame Barbara said: "I am absolutely delighted to become an Ambassador for this wonderful charity, who are helping so many people living with dementia… like me.

"We're lucky to have amazing support but my heart goes out to the many, many people who are really struggling to get the care they so desperately need.

"Please join us – let's do everything we can to sort this out." 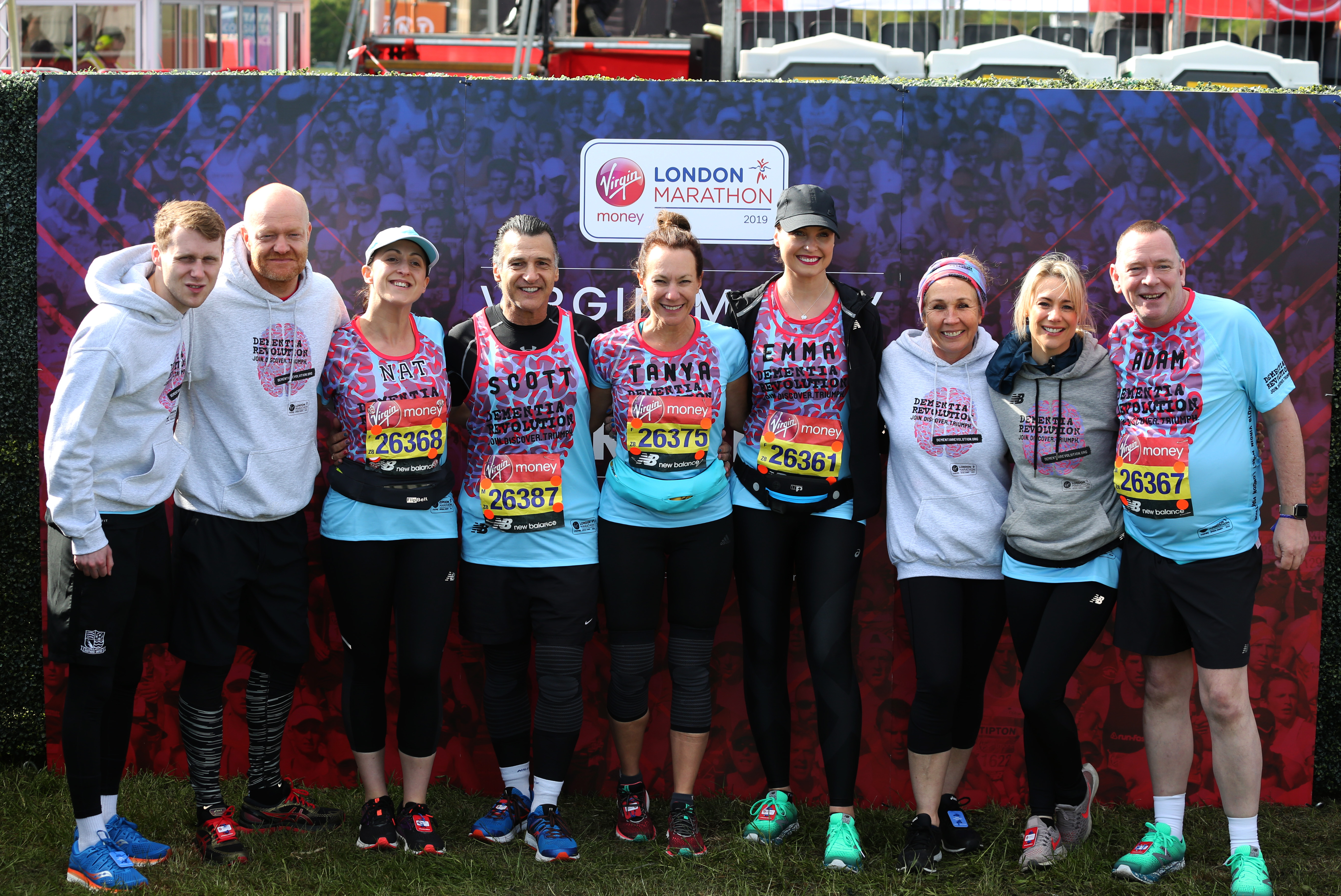 Scott said: "The last few years have been really hard for both Barbara and I as we've had to get used to dementia being in our lives.

"Alzheimer's Society has shown us there is life after dementia, and we want to do our bit to make sure no one faces dementia alone.

"Over the last four months I have had the honour of meeting other people with dementia and their families, and I've learnt so much about the challenges they are facing up and down the country.

"Hearing their stories and seeing the true state of our social care system has shown me how people, who aren't as fortunate to be in the same position as myself and Barbara financially, are facing a constant battle to get what they need. I want to do everything I can to help them.

"The Society's open letter to our new prime minister Boris Johnson to tackle the social care crisis is strongly supported by Barbara and me.

"We encourage the fantastic UK public to give their support by signing this letter. It's time to end the battle people with dementia and their families are facing across the country." 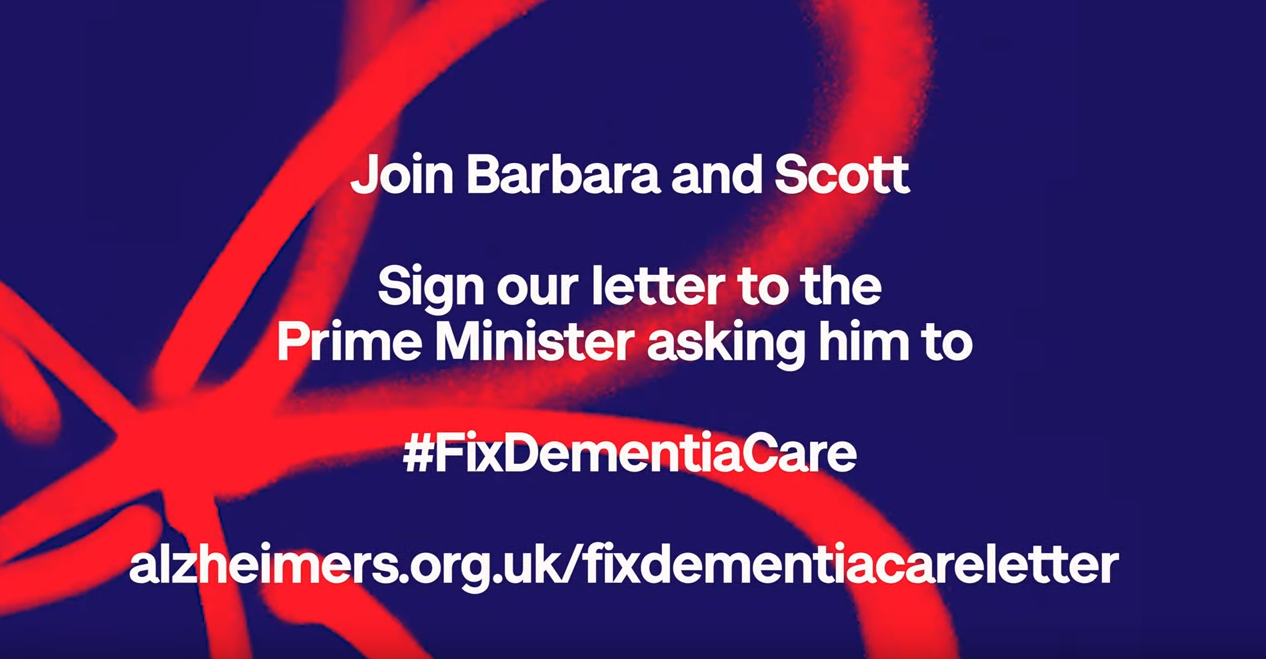 Scott and Barbara are asking people to sign the letter (Credit: YouTube/Alzheimer's Society)

Chief Executive at Alzheimer's Society, Jeremy Hughes, added: "Barbara is a true, much-loved cultural icon, and speaking out about her experiences has shone as a beacon for others with dementia.

"We're so proud to have Barbara and Scott join us as ambassadors. What they have helped us achieve over the last year is astounding.

"Barbara and Scott are now lending their voice to the hundreds of thousands of people affected by dementia, struggling to access vital care or facing unfair costs - just because they happened to develop dementia and not some other disease.

"That's why we're urging Boris Johnson and his government to invest in an NHS Dementia Fund, and to sort out long term social care reform. It's time to end the dementia tax that's preventing people from getting the care they need and deserve."

You can sign the letter to the prime minister here.