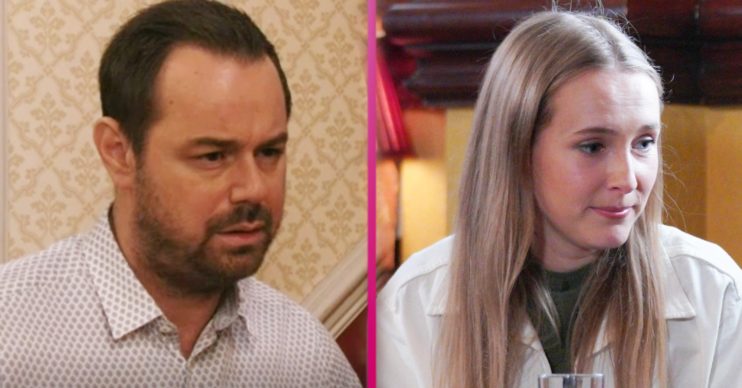 Mick was abused as a child

EastEnders has announced the start of an important storyline for Mick Carter, which sees him coming to terms with the non-recent sexual abuse he experienced as a child.

Soon, he demanded to know the reasoning behind her interest in his family.

But he got a shock when Frankie revealed that he is her father. Mick was adamant she had the wrong person.

That was until Frankie mentioned her mum’s name, Katy Lewis. Her name took Mick back to his childhood.

Mick has been unable to tell his family and Frankie’s connection to him. But in tonight’s episode (Monday, October 12) Tina happily reminisced to Frankie and the Carters about Katy.

She stated that Katy was their beloved care worker when she and Mick were in care. Immediately realising that Mick was only 12 and her mother older, Frankie was silently appalled.

But Mick, clearly confused about his past, privately told her it’s not what she thinks.

The storyline will look at the impact the revelation has on Mick. It will also look at his ongoing struggle with abandonment and coming to terms that what he experienced was abuse.

Having repressed what happened to him, the story will portray Mick suffering with some long-term effects of abuse with his emotional difficulties, panic attacks and mental health problems worsening as a result and how this impacts his family.

EastEnders: Working with NSPCC and SurvivorsUK

Both NSPCC, the UK’s leading children’s charity, and SurvivorsUK, a specialist service for male and non-binary sexual violence survivors, worked closely with the team on this storyline.

The charities were consulted on scripts and story elements. They also facilitated speaking to real survivors of child sexual abuse to ensure Mick’s story is as accurate as possible.

What did Jon Sen say about the storyline?

Speaking about the storyline, Executive Producer Jon Sen said: “Viewers have always been aware that Mick spent many years in care, which has been the cause of his fractured relationship with Shirley. But now the audience will discover just why Mick’s childhood has been so traumatic.

“The storyline will see Mick having to confront the demons of his past, something he has desperately tried to avoid for many years and face up to the realisation that he experienced abuse whilst he was in care.

The storyline will see Mick having to confront the demons of his past.

“Our work with SurvivorsUK and NSPCC has been vital in informing and grounding Mick’s story very much in reality.

“We hope this storyline will help challenge the perceptions, the stigma and the shame – particularly experienced by male survivors.”

The NSPCC helpline is there for any adults who have concerns and want to get advice. They call call the helpline 0808 800 5000 or email help@nspcc.org.uk.

Did you watch tonight’s EastEnders? Leave us a comment on our Facebook page @EntertainmentDailyFix and let us know what you think of this story.