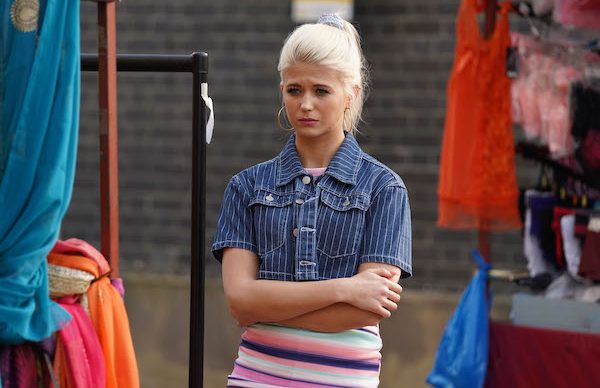 EastEnders announces another change to the schedules this week

EastEnders has announced there will be a change to tonight’s schedule.

On the EastEnders official Twitter page, it was revealed that there will be two episodes of the BBC soap tonight instead of one.

When you find out #EastEnders is on TWICE tonight.
7.30pm and 9.00pm!! pic.twitter.com/8nmsybiJLJ

The tweet, which had a picture of Whitney celebrating, read: “When you find out #EastEnders is on TWICE tonight. 7:30pm and 9:00pm!!”

Whilst there are two episodes on tonight, there will be no episode on Thursday June 27.

According to RadioTimes TV listing, on Thursday Match of the Day Live: FIFA Women’s World Cup Norway vs.England is scheduled from 7:30pm till 10:10pm with an 8pm kick off.

In tonight’s double bill of EastEnders, viewers will see Max struggle to get Mel off his mind after their kiss in last night’s episode (June 24 2019).

He invites her for a drink but is unaware it’s the day of Hunter’s sentencing.

Ian and Kathy are shocked when Bobby turns up with a bruised face and assume Max is responsible.

Also, Jean meets a man named Daniel at her chemotherapy appointment who proceeds to annoy her.

In the second episode Lola is pleased when Denise offers her a job at the salon but is deflated when she sees Ruby and Jay making up from their argument.

Mel spins a lie so she can get into Jack’s house and get his money, and Stacey tells Daniel to leave her mother alone.

Gray attempts to win Mitch over, but will his plan work?

Will you be watching EastEnders tonight? Leave us a comment on our Facebook page @EntertainmentDailyFix and let us know what you think!